House of the Dragon: First footage from the Game of Thrones prequel is here.

On Tuesday, the trailer of the much-awaited series House of the Dragon was released. 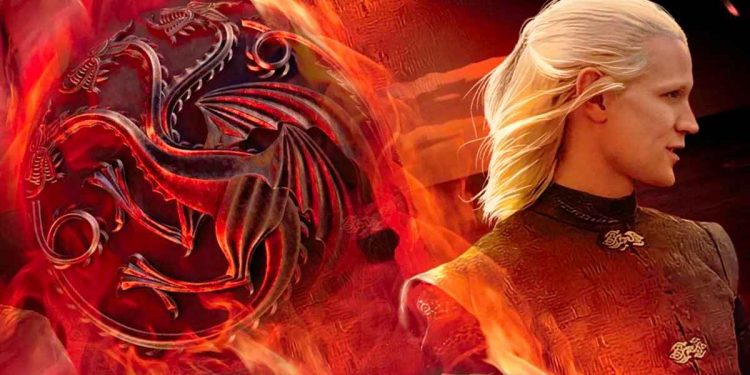 House of the dragon is a prequel to the hit tv show Game of Thrones. It is based on George R.R. Martin and Ryan Condal’s book Fire & Blood. On Tuesday, Warner Media has launched its first teaser of the series on HBO max. The footage was released at the end of WarnerMedia’s HBO Max European launch event.

Greg Yaitanes (House), Clare Kilner (The Alienist), and Geeta V. Patel (Meet the Patels) are the directors of the show. The executive producers of the show are Martin, Condal, and Sapochnik, alongside writer Sara Lee Hess (House), Vince Gerardis (Game of Thrones), and Ron Schmidt (Watchmen). The co-executive producer of the show is Yaitanes, and Condal serves as co-showrunner.

House Of The Dragon focuses on the rise and fall of House Targaryen and the reason for the Targaryen civil war. The war was also known as the Dance of the Dragons. It will depict how Targaryens took over Westeros with the help of dragons. House Of The Dragon is an event that took place 200 years before the events of Game of Thrones.

About the released trailer

The House of the Dragon teaser starts with an unknown, unseen speaker saying, “Gods, Kings, Fire, and blood.” In the one-minute trailer, fans get a glimpse of Smith’s character, as well as other members. It does not show much, but it makes sure that the upcoming show will be a blast for fans.

Check Out : Sex and the City: The first look of the series reboot is out.

In the trailer, we can see King Viserys I (Paddy Considine) sitting on a throne and holding a sword. Hand of the Kingpin on Otto Hightower (Rhys Ifans), King Viserys I kids Prince Daemon Targaryen (Matt Smith) and Princess Rhaenyra Targaryen (Emma D’Arcy) on a beach, and Otto’s daughter Alicent (Olivia Cooke).

We can again listen to the speaker saying, “Dreams didn’t make us kings. Dragons did.” We can see a Targaryen woman, but we can not see her face because she is looking at an Iron Throne. The throne is way too different from the one in Game of Thrones. This one is more pointy and raw, swords welded into the ground around the throne.

The cast of the show

The cast of the show includes Wil Johnson as Ser Vaemond Velaryon, John Macmillan as Ser Laenor Velaryon, and Savannah Steyn as Lady Laena Velayron. Matt Smith, who will be seen as Prince Daemon Targaryen. The person who says, “Gods. Kings. Fire. And blood,” was Matt Smith.

The release date of the show

The series has 10 episodes, and the air date has not been announced yet. However, according to reports, the series will air in mid-2022.