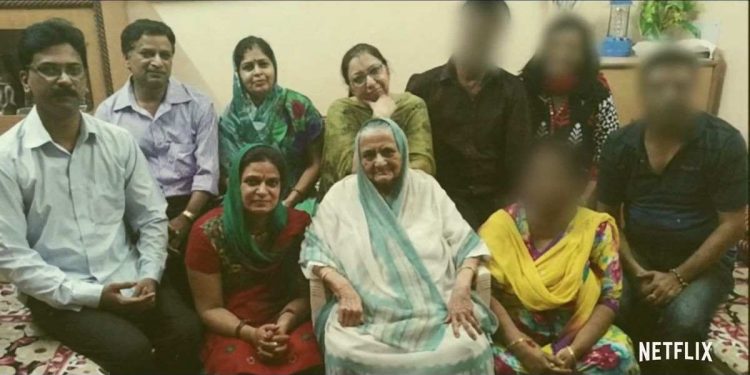 House of Secrets The Burari Deaths is Netflix India’s new true-crime documentary. The series, directed by Leena Yadav and co-directed by Anubhav Chopra. The documentary is based on the deaths of 11 members of a family in Delhi in 2018. On July 1, 2018, a joint family was found hanging in their north Delhi house – the Chundawats. There were 11 members in the family – a widowed matriarch, her daughter, and two of her sons and their families. The family was found hanging in the living room, and two of the member were found hanging in another room.

One of their neighbours discovered the bodies. An hour later, everyone including, Chief Minister Arvind Kejriwal, arrived at the crime scene. Many locals were also seen, the neighbours were also seen surrounding the area. Some even climbed on rooftops to get a better look. The only one who survived was the pet dog, Tommy. The dog was tied up on the terrace. Later an animal rescue worker took charge of the helpless animal.

There were several news headlines for this case, and nothing was clear. Some say the family died because of mental illness, and some belief in superstition. While investigating the case, neighbours and family relatives told police and media that the family was wonderful and helpful. They were a loving family. Their death is a mystery.

Lately, Netflix has become a home for these types of documentaries. Leena Yadav largely focused on the media hysteria and the discovery of the bodies. And there is an unfortunate use of a scary voiceover. The House of Secrets adds a couple of psychologists into the mix to add a key perspective to the series. These perspectives are usually missing in programs such as this.

A clinical hypnotherapist says in the show that The Burari deaths were presented- only as bizarre by the media. The makers did a good job, despite doing the same as it was in media and was told they made the series the House of Secrets reveals itself to be something more worthwhile. The final episode was rewarding. Leena Yadav and Anubhav Chopra focused on human beings. They focused on the neighbours, the friends, the investigators, scared people, and the ones who were left with emotional scars that will never be fully healed.

House of Secrets series is not an attempt to investigate the crime. It just tries to expand the discourse surrounding it. No one takes a moment to think about what must have happened with the family and what pushed them to their deaths. As piles of diaries were recovered from the crime scene. They suggest that Lalit claimed that he was possessed by the spirit of his late father. He forced his family to believe in him and also keeping their domestic matters a secret. According to some people, he forced the family to do such a thing.

This case also tells that how isolated people are in big cities. Just wonder why none of the 11 victims ever said anything; why did not they raise the alarm.