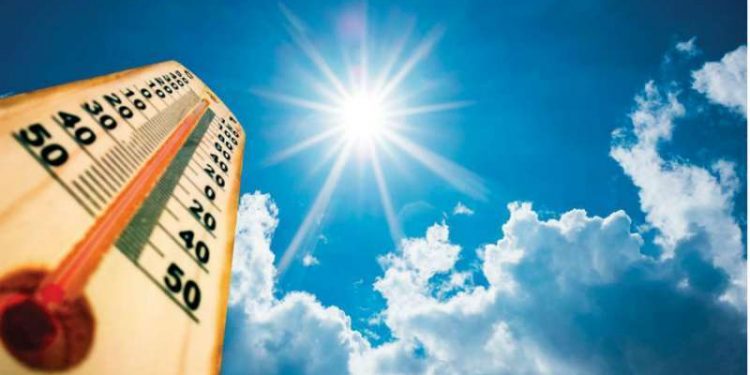 The following content may raise the temperature around you. Below are the 10 hottest places in India, where temperatures soar to dangerous levels, annoying residents.

Before you begin reading, turn on the air conditioners and coolers.

The summer season is one of the most booed and despised seasons. It’s that dreadful time of year when the sun wreaks havoc on the people on a massive scale. Old records for heat and high temperatures are shattered, and new records are set regularly.

This problem is also affecting Indian cities. During the summer, many cities in India experience high temperatures. Summers are disliked by residents in those places because they bring with them daily power outages, which exacerbate their existing discomfort.

The majority of residents in India’s capital city despite the sweltering summers. Delhi’s climate is subtropical humid, indicating it is a humid city. No one enjoys going outside during the summer because the sun is always ready to sap one’s energy. The average temperature is between 39 and 43 degrees Celsius, making everyone look sun-kissed if they spend time outside.

The city of Agra is in the Indian state of Uttar Pradesh. Agra, most known for holding the Taj Mahal, one of the world’s seven wonders, is also one of India’s hottest towns. With a subtropical humid climate, it has hot summers with average temperatures ranging from 41 to 45 degrees Celsius. The warmer months make this metropolis an unwelcoming environment for both people and visitors.

Jhansi and its fearless queen Laxmibai are well-known throughout India. Among India’s hottest cities is the gateway to Bundelkhand. The city of Jhansi is located on a plateau and experiences extreme heat during the summer months. The temperature reaches 45°C during the day and drops two or three degrees at night.

During the harsh summers, the little tributaries that pass through Jhansi tend to dry up.

The city of Bilaspur is near the cancer tropic. Because of its location, it is bound to receive a lot of sunlight. During the summer, temperatures can reach 40 degrees Celsius during the day, making it difficult for individuals to leave their homes.

Because the sun is at its highest point during the day, it is considered the worst time of day.

Wardha is a Maharashtra district that sits on the banks of the river that carries its name. It is a popular tourist destination in Maharashtra since it holds remarkable architectural marvels from the past. On the other side, this area has established itself as one of India’s hottest cities. The summer season is here, and the humidity in the air has reached 50 degrees Celsius! That is very incredible.

Machilipatnam is a city on India’s eastern coast in the state of Andhra Pradesh. It has pleasant temperatures throughout the year due to its proximity to the Bay of Bengal. As the temperature increases over 44 degrees Celsius in the summer, the situation worsens. During the summer, dealing with the problem becomes more challenging. During the harsh summers in Machilipatnam, even the tiny streams dry up.

Vijayawada is a lovely city in Andhra Pradesh state. The city is also known as the Oven of Andhra since it is fed by the Kaveri River. During the summer, temperatures might reach 45 degrees Celsius during the day and only 3-4 degrees at night. Stepping out in the city of Vijayawada has become a nightmare due to the extreme heat.

Sambalpur is the state’s fourth-largest city. The city of Sambalpur is one of India’s most popular tourist destinations, with attractions such as historic temples. During the summer, the temperature scale rises above 45 degrees Celsius during the day. The summer season is not the best time to go on a tour of Sambalpur.

Titlagarh is a town in the state of Odisha in India. Tilagarh is dubbed the sexiest city in Odisha because of its bustling markets and vibrant nightlife. It gained this reputation due to the extreme heat it experiences during the summer. The temperature reaches 43 degrees Celsius during the day and only 4 degrees Celsius at night.

Nagpur is a well-established city in Maharashtra, affectionately known as the city of oranges due to its large-scale orange production. Tourists flock to this city because of its excellent tourist attractions. However, the summer season is the villain that prevents people from leaving their homes. The mercury soars to 45 degrees Celsius on average during the day, making it another addition to India’s list of hottest cities.

Summer months are not all created equal across the country.

During the four months of misery, some cities are subjected to the wrath of the sun. People dislike the summer season because it causes their skin to tan in minutes. If you live in one of the cities listed above, you should stay indoors to avoid the scorching heat.