Horse Racing in India: How Popular Is It? 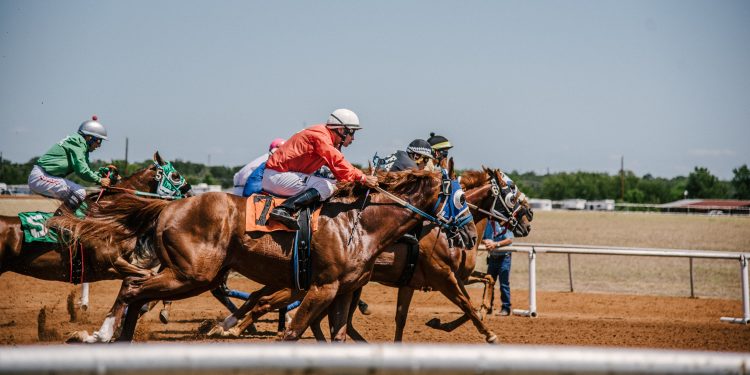 While cricket will always be India’s national sport, it appears that more and more people are beginning to take an interest in horse racing as a spectator activity. Horse racing has been practiced in India for well over 200 years, and recent technological advancements have made the “sport of kings” more accessible to a younger demographic, which is needed for any sport’s growth in today’s time.

More people are beginning to realize that horse racing in India gives just as much thrill as any cricket match, thanks to increasing coverage on popular racing television shows like Sport of Kings and Racing 1.

Origin Of Horse Racing in India

Horse racing first started in India in the late 18th century as one of the British Empire’s newer sports. The very first races were held at the Madras Race Club in the same-named city, which is now Chennai, in 1777.

The very affluent participated in this activity, and families like the Aga Khan established themselves as some of the top names in horse breeding on a worldwide scale. In India, horse racing is still one of the big sectors with a large fan base to support the sport. It has acquired a betting side as well.

In India, there are nine important race tracks for horse racing. Breeding is important and valued in horse racing, and only horses which are bred in India are permitted to take part in the races is one of its intriguing features. You would not see this in a lot of other countries.

The Bangalore Turf Club, Hyderabad Turf Club, Royal Calcutta Turf Club, and Mysore Race Club are a few of the important places for horse racing in India. On the same plot of land as the first racetrack built in 1777, the Guindy Race Course in Chennai still hosts competitions today.

Where Does Horse Racing Go Now?

It’s important to note that the renowned Mahalaxmi Racecourse in Mumbai hosts four of the five classic Indian horse races. This indicates that there is a need for the horse racing sector to be distributed more uniformly over the whole country.

Indian horse racing doesn’t have to be confined to a single region, as evidenced by the fact that the Indian St Leger has run successfully in Pune each September. Additionally, it’s important to note that a number of renowned Indian racetracks, such as the Madras Race Club and the Royal Calcutta Turf Club, serve as examples of the country’s diverse horse racing scene.

How Are Fans Enjoying This Sport?

Horse racing enthusiasts can find the ideal way to spend a day at the races. This is due to the large number of horse races that are hosted around the nation.

The most popular racetrack for people in the country is undoubtedly the ancient Guindy Race Course, which holds various competitions in the winter.

It’s critical to keep in mind that in India, different regions have different laws regarding betting on horse races. Ever since the introduction of internet sports betting, it has been much simpler for individuals to place their horse racing bets, but anyone wishing to do so in India should first find out which websites they should use.

More Than Just a Sport – A Social Event

The success of the sport is largely attributed to the year-round sports activities. Taking part in an event for the day is thrilling, whether it is on a lesser-known or more prestigious track.

Given that horse racing is a competitive sport, its social aspect is seen favorably. A place where people can meet and even celebrate in large numbers might be the racetrack. Understanding the many betting possibilities is an essential component of the pleasure since it enables spectators from all walks of life to research the odds of their favorite horses.

Even though it may not be the most popular activity in India, horse racing has a long history and significant historical significance. Statistics indicate that horse racing will continue to provide one of the biggest gaming incomes and social events in the nation.