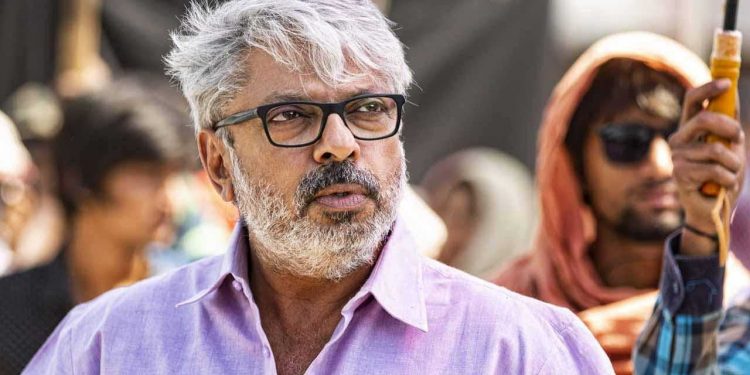 Bollywood’s famous filmmaker Sanjay Leela Bhansali has recently completed 25 years of his journey in the industry and now he’s all set to complete his much-awaited project for which he has joined hands with OTT giant Netflix. Known for lavish sets and historical films, the filmmaker has turned his eyes to the small screen this time with a new series titled ‘Heeramandi’. Bhansali has been in the discussion about this project for a long time and now he’s ready to direct the series which will stream on Netflix.

Netflix India posted an update on its official Instagram handle and expressed their excitement to partner with Sanjay Leela Bhansali for this epic series which will be promoted as a Netflix original. The Instagram handle of Bhansali Productions also posted the big news calling the series ‘a visual spectacle’ and on their thrilling partnership with Netflix India.

The series will reportedly be set in the Heeramandi area of Lahore before partition in pre-independent India which is now situated in Pakistan. Sharing his thoughts on ‘Heeramandi’, Sanjay Leela Bhansali said, “Heeramandi is an important milestone in my journey as a filmmaker. This is the first series of an epic based on the courtiers of Lahore”. As per reports, the series will revolve around ‘love, betrayal, succession and politics’ and will be set in a ‘Kotha’ or brothel in Heeramandi. In addition, the series will feature “three generations of prostitutes” in Heeramandi.

About the titled area, Heeramandi is a red-light area which is located inside the walled city of Lahore and during the 15th and 16th centuries this area was the centre of the courtesans of the city.

One of the most successful and famous filmmakers of the industry, Bhansali started his journey in the industry with Khamoshi (1996) and since then created his own legacy with the films like Devdas (2002), Hum Dil De Chuke Sanam (1999), Guzaarish (2010), Bajirao Mastani (2015), Goliyon ki Rasleela: Ramleela (2013) and Padmavat (2018) among others. Now, he made a name in the industry that every actor wants to work with.

On the recent front, Bhansali’s film ‘Gangubai Kathiawadi’ is all set to release soon, the date of which is yet to get confirmed. Alia Bhatt will be seen playing the titular lead role in the film. The shooting of the film was completed in June 2021.