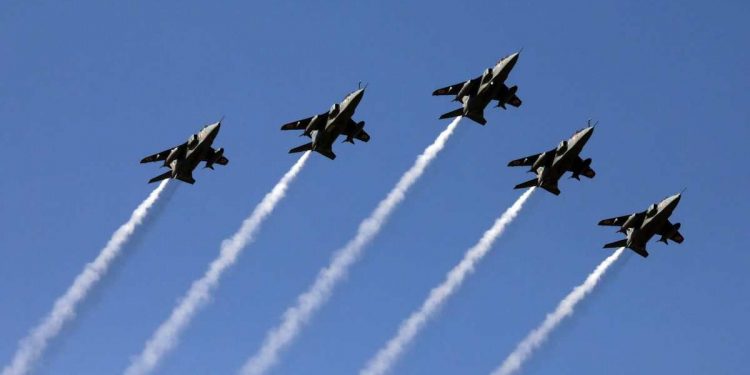 Prime Minister Narendra Modi inaugurated the Purvanchal Express Way on Tuesday. An airstrip has also been built, on this expressway. It can be used by the Air Force, during the war. With this, fighter aircraft and goods carrier aircraft can operate.

Prime Minister Narendra Modi on Tuesday inaugurated the Purvanchal Expressway in Uttar Pradesh. In the air show to be held on this occasion, Indian Air Force fighter aircraft Sukhoi-30MKI, Jaguar, and Mirage 2000 will show their strength. The purpose of an air show is not just to show one’s ability. Its goal is to send, a message to the enemies that India is ready to deal with any situation.

These airstrips built on the highway are very important for the Indian Air Force. These can be of great use in times of war. Air Force bases are the first targets in case of conflict between countries. Enemies try their best to destroy the airports and runways of the enemy country so that its fighter planes cannot fly and get an edge in the war. Due to this, air force bases and runways located close to the border are most prone to attack.

As an alternative, Airstrips come in handy.

Airstrips built on the highway serve as an alternative to the Air Force. If an air force base is attacked, the runway becomes unusable, in that case, these airstrips, can be used. Fighter aircraft can fly from the airstrips to defend the border or attack the enemy country. Airstrips, can be used to deliver military equipment to the soldiers fighting the war on the border. Air Force cargo carriers can take off from the airstrip.

In September 2021, an emergency airstrip, was inaugurated on National Highway 925 in Barmer, Rajasthan. The location of this airstrip is at a distance of 40 km from the Indo-Pakistan border. There is also an airstrip on the Agra-Lucknow Express Way of Uttar Pradesh. Airstrips are being, built on about 20 highways in the country.