Google pays tribute to the late actor, Christopher Reeve, on his 69th birthday. Shares a doodle to honour him. 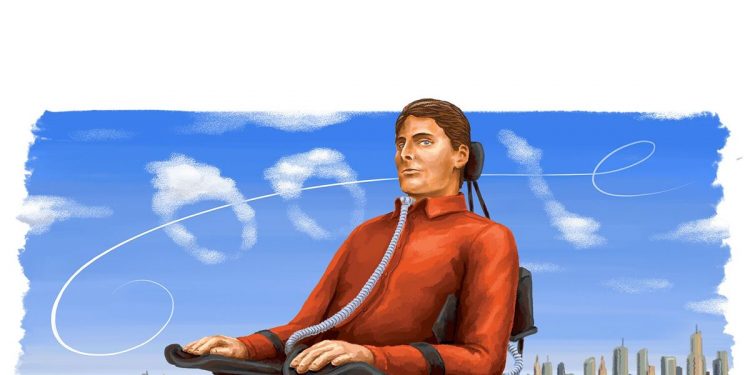 Google Doodle celebrates American actor late Christopher Reeve’s 69th birthday. He is best known for his role in four Superman feature films and his spinal cord research advocacy work. Apart from being an actor, he was also a director, author, and humanitarian. He was also an enthusiastic equestrian and athlete.

Christopher was born on 25th September 1952 in New York City. His full name was Christopher D’Olier Reeve, and he completed his studies at The Juilliard School. His first stage debut was in the 1976 Broadway comedy A Matter of Gravity. In 1978 Reeve auditioned to play the Man of Steel in Superman film, and its three sequels, after acting in soap operas. Reeve got international fame by portraying Superman in four movies. Throughout his career, he brought a vast range of characters to life in cinema and on stage.

Check Out : US Safety-agency asked twelve major car manufacturers for assistance in its probe into crashes involving Tesla vehicles.

Christopher distributed millions in individual grants through his foundation, the Christopher & Dana Reeve Foundation. He also advocated for support for stem cell research and numerous health conditions, including spinal cord injuries. He drew attention to other significant social causes with his 1997 directorial debut In the Gloaming, a five-time Emmy nominated drama centred around a man diagnosed with HIV.

Google celebrated the legacy of Superman star Christopher on his 69th birthday. The Global tech company made Reeve a Google Doodle icon for honouring him. Google posted on their official Twitter handle, “Today’s #GoogleDoodle celebrates the birthday of American actor & humanitarian Christopher Reeve 🎥 🦸🏻”

About the Google Doodle, the Reeve family released a statement- “We are so thrilled that Google is honouring our father on what would have been his 69th birthday. The world knew him for his starring role in the 1978 film Superman. After an accident that left him paralyzed, he touched so many people with his courageousness and humanity around the globe. We dream that his example of striving to make a difference in the world, his message of hope & optimism, and of pushing to achieve goals considered impossible will continue to influence people around the globe. His legacy lives on through the work of the Christopher and Dana Reeve Foundation.”