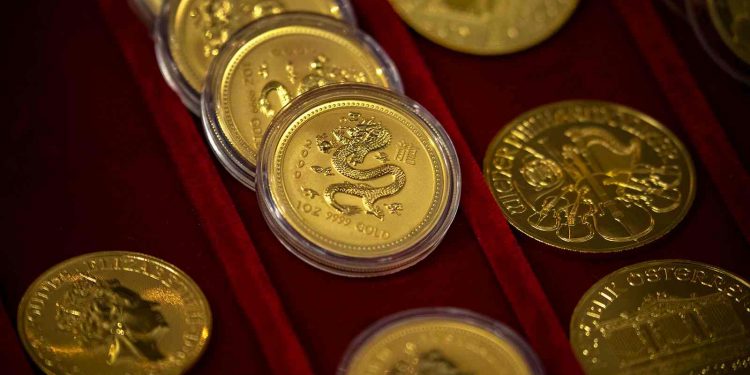 Last week the price of gold dropped by over Rupees 2000 per 10 gm at the Multi Commodity Exchange (MCX). The commodity experts have stated the reasons, saying the weakness in the price of the yellow metal is due to the  US Fed’s announcement. According to the announcement, there will be a hike in the interest rate by twice in 2023. The other reason for the crash along with the announcement is the US Dollar (USD) gaining strength against major global currencies.

The crash has however been declared to be just temporary and that gold investors should grab this opportunity and buy the metal. The experts have also given further details and have said that the value will go up to Rupees 48,500 per 10 gm in just a month once the trend reverses.

“This gold price crash can be attributed to two major reasons — US Fed announcement to hike interest rates twice in 2023 and the USD gaining strength against the major global currencies including Indian National Rupee (INR). The optimistic view of US Federal Reserve on the US economy led to a sharp rise in the bond yield as well, “ said Anuj Gupta, the Vice President of Commodity & Currency Trade at IIFL Securities, about the gold price crash.

Other views were also collected, one such being from  Amit Sajeja, Vice President, Research at Motilal Oswal said, “Decline in yellow metal due to the US Fed announcement to hike interest rate is temporary. I am expecting a trend reversal in the next three to four trade sessions. USD was trading sideways for the last few weeks and this Fed announcement worked as a trigger for the US bond yield and USD rise. This sentimental rise in bond yield and USD is expected to calm down in next three to four days and hence trend reversal is expected in the yellow metal in next three to four days.”

Amit Sajeja of  Motilal Oswal stated how he thought that the crash should be treated as an investment opportunity that should not be lost. He said, “Currently, the gold price has immediate support at ₹46,500 per 10 gm at MCX while in the international market the yellow metal has support at $1750 per ounce. One should wait for the next three to four days as the gold price is expected to make its bottom again.”

Reading the market environment, NS Ramaswamy, the Head of Commodities at Ventura Securities Ltd stated that he expects the price of gold to go up to a great extend to around Rupees 45,500 per 10 gm at MCX.

Amit Sajeja of Motilal Oswal has been advising buyers and investors of gold to buy gold around its possible bottom expected in the next three to four days. He said,  “One should wait for the trend reversal in the gold price that is expected in next three to four days and buy gold for the target of ₹48,500 in next one month after the trend reversal.”