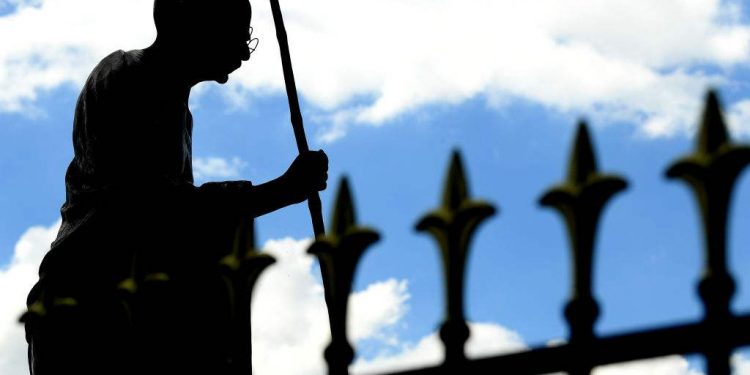 After advancing R6.2 million to her for purportedly clearing import and Customs charges for a non-existent shipment from India, Gandhi’s Great Grand-daughter Ashish Lata Ramgobin was accused of scamming businessman SR Maharaj. He was guaranteed a piece of the pie.

In a 6-million-rand defrauding case, Ashish Lata Ramgobin, Mahatma Gandhi’s great-granddaughter, was sentenced to seven years in prison by a South African court.

Ms. Ramgobin, 56, was found guilty of cheating entrepreneur SR Maharaj, who had bribed her 62 lakh rands (about 3.3 crores) to pass customs and import fees on a cargo from India that never came, according to news agency PTI’s Bhasha language service. He had been guaranteed a percentage of the earnings in exchange for his financial assistance.

Ms. Ramgobind is the daughter of late Mewa Ramgobind and activist Ela Gandhi.

Ramgobin reportedly submitted bogus documentation to convince investors that three containers of linen were being sent in from India, according to Brigadier Hangwani Mulaudzi of the National Prosecuting Authority (NPA).

“She (Ramgobin) indicated she was having financial difficulty paying for import expenses and customs, and she needed the money to clear the products at the harbour,” Natasha Kara, an NPA spokesman, said on Monday.

She also “gave him proof that payment had been made through NetCare’s bank account.”

Ms Ramgobin fabricated phoney invoices and documentation to imply that the containers of linen were coming in South Africa from India, according to Brigadier Hangwani Mulaudzi of the National Prosecuting Authority, who testified during the trial in 2015.

Her bail was set at 50,000 Rands with a 50,000 Rand surety. New Africa Alliance Footwear, Mr Maharaj’s firm, specialises in the export, production, and selling of clothing, linens, and shoes. It also gives financial assistance to businesses.

Ms Ramgobin visited Mr Maharaj in August 2015 and told him she had bought three linen containers from India for the South African hospital business Netcare, according to court documents filed on Monday. Mr Maharaj had also signed a contract with her. After learning that the package would not arrive in South Africa, Mr Maharaj filed a police report.

Ramgobin is the creator and executive director of the International Centre for Non-Participative Violence’s Development Initiative.

She was characterised as a “activist with an emphasis on environmental, social, and political objectives,” according to reports.

For their advocacy, both of Ramgobin’s parents have received international prominence.

Ela Gandhi, her mother, has earned various awards, including the Padma Bhushan from the Indian government.