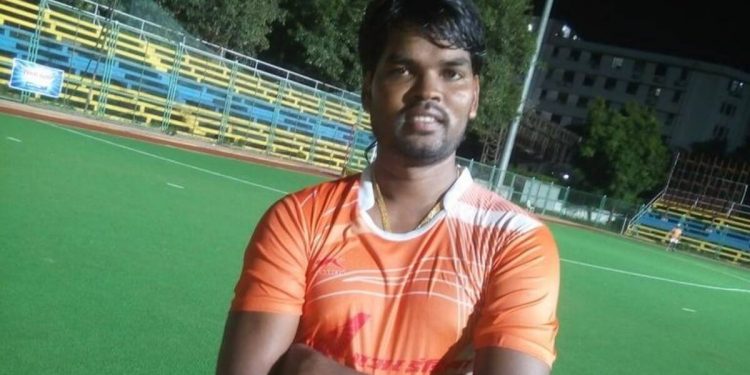 Unidentified criminals broke into the home of former Indian hockey team captain Prabodh Tirkey when there was increased security for the FIH Odisha Men’s Hockey World Cup in the nation’s capital and fled with valuables, including the gold medal he had won in the junior world cup in 2001.

Prabodh resides in Unit VI, one of the safest neighbourhoods, together with prominent government officials and political figures. In 2007, he served as the national team’s captain. In addition to the gold medal, he won for the FIH Men’s Hockey Junior World Cup in Australia in 2001, robbers also took the bronze medal he received at the Asian Games in China in 2010 and the silver medal he got at the Commonwealth Games in New Delhi.

When the event occurred on Friday night in Rourkela, Prabodh Tirkey, the younger brother of former hockey star Ignace Tirkey, was there to watch one of the HWC games. From Prabodh’s quarters, thieves took a 55-inch smart TV, two necklaces, a ring, and other gold jewellery valued at about ‘1 lakh.

Many people were shocked by the thieves’ ability to do the crime without even setting off an alert, and this generated severe concerns about the standard of police provided by the Commissionerate Police system. Interestingly, police were unable to find neighbourhood CCTV video.

On January 21, the person charged with looking after Prabodh’s quarters saw the main gate’s lock was broken and told him about the theft. The Capital police station has received a complaint in this regard. According to sources, the police are having trouble since they can’t discover any CCTV video of the surrounding regions. An official of the Capital police station stated, “A case has been lodged under sections 380 (stealing in the residence) and 457 (lurk/trespass habitation in the night) of the Indian Penal Code.

This is not the first time that a theft has been reported from a well-known figure’s home in the capital city. On November 1 of last year, unidentified criminals were able to slip inside the Governor’s House and steal a sandalwood tree. The investigation by the police has not yet produced any breakthrough.