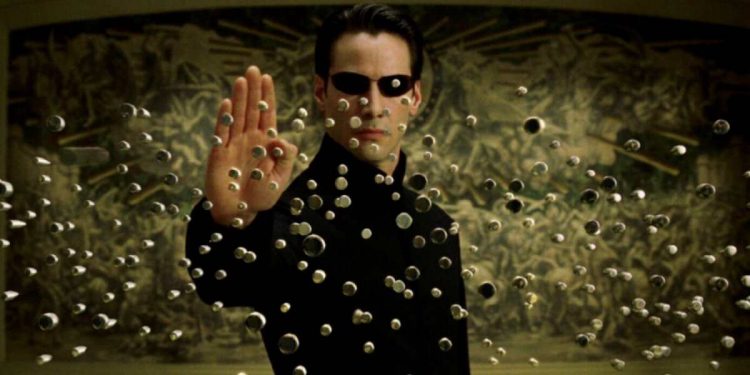 Matrix Resurrections – After a long gap of eight months, Warner Bros is now all set to shake Hollywood with the big announcement about the 2021 debut date and day on HBO Max and theaters. Using the studio CinemaCon for reassuring the theater owners.

In the upcoming slate, Warner presented some off clips to the world which include the trailer from the latest titled movie “The Matrix Resurrections” on 22nd December, Dune on 22nd October, and The Batman on 4th march 2022.

After the end of several speculations that were roaming across the decades, Warner Brother has eventually revealed the footage of the Matrix fourth Movie. Initially the primary official footage got revealed on 24th August 2021 in the CinemaCon on a Tuesday. Even the move of the fourth one has also been offered as “The Matrix Resurrections.”

However, the footage was not offered to the public yet. It has been heard from attendees that Carrie Anne Moss and Keanu Reeves have starred for the roles of Trinity and Neo.

As per deadline reports, the beginning of the trailer happens with none other than Keanu Reeves or Neo is in conversation with the therapist whose role is played by Neil Patrik Harris in San Francisco.

Reeves who is playing the role of Neo is found to ask “Am I Crazy?” to which the reply comes from Harris is that “We don’t use that word in here.”

Even The Hollywood reporter has revealed that it showed that Neo has been presented to take “two blue pills a day, prescribed by his doctor.”

Other sources have also said that in the footage it shows that Trinity and Neo do not know each other and Morpheus shows up later with a red pill.

‘The Matrix: Resurrections’ also marked Lana Wachowski return with this film found to get dropped in the cinemas on 22 December in the US theaters and others on HBO Max simultaneously. Lana is also the same person who co-wrote and co-directed the first three parts of Matrix with his sister Lilly Wachowski.

So tighten your belt as the ‘The Matrix: Resurrections’ gets released on HBO and in theaters on 22 December for 31 days.