On Monday, Finance minister Nirmala Sitharaman announced that a fresh set of measures, apart from steps to boost health infrastructure, will be implemented with those sectors in mind which were badly hit by the pandemic. 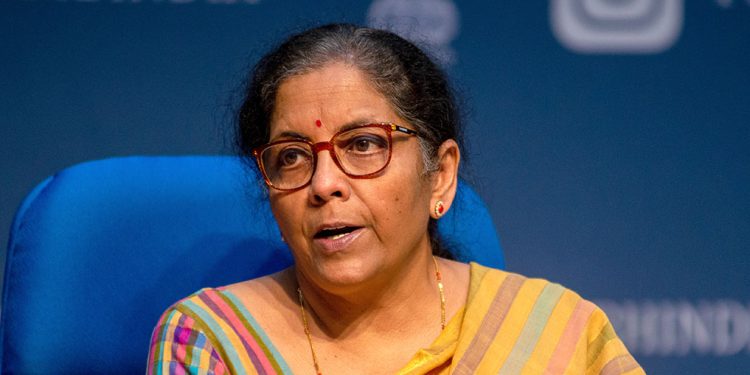 On Monday, Finance minister Nirmala Sitharaman announced that a fresh set of measures, apart from steps to boost health infrastructure, will be implemented with those sectors in mind which were badly hit by the pandemic. Tourism and Small Businesses, both in the private and public sector, are two of the sectors which will be getting relief through these steps.

Her announcements regarding this new scheme were a mix of expansion of existing steps, such as increasing the size of the Emergency Credit Line Guarantee Scheme (ECLGS) from Rs 3 lakh crore to Rs 4.5 lakh crore as the limit was being reached, and a set of fresh measures.

As of now, over Rs 2.7 lakh crore loans have been sanctioned to 1.1 crore borrowers, on the basis of the government guarantee. Of this, Rs 21 lakh crore were disbursed, said the financial services secretary Debasish Panda to the reporters.

Apart from this, another Rs 1.1 lakh crore of loans, on the basis of a similar mechanism, has been set up. Out of this, Rs 50,000 crore has been allotted to be given to the healthcare sector.

The covid-hit sectors such as the tourism sector will be getting Rs 60,000 crore loans at a maximum of 8.25%, with the list of sectors to be expanded over time, Sitharaman said.

Welcoming the announcements, PM Modi then indicated that the fund marked for the health sector would be spent with the aim to boost healthcare facilities for children in under-served areas. The Prime Minister tweeted, “the measures will help to stimulate economic activities, boost production and exports and generate employment.”

These new measures have been demanded by the Tourism and hospitality sectors for quite a long time now. They had been asking for support from the government, arguing that they have been hit hard as Covid has forced people to cut down travel. The Centre has now agreed to offer loans up to Rs 10 lakh to travel agents and Rs 1 lakh for registered tourist guides based on government guarantees.

The government has also taken to signal that India will be open to welcoming tourists from overseas in the coming weeks by allowing free visas for up to 5 lakh foreign travellers by March.  Finance secretary TV Somanathan said in regards to this,  “Visa fee is often a tipping point. The industry seems to think that it will have an impact.”

The government has calculated the impact of the measures, including the new set that was announced recently, and have reached an amount which comes up toRs 6.3 lakh crore. Out of this amount, some will be spending over the course of five years, and this amount has not been disclosed to the exchequer.

The measures indicated that the Centre was unwilling to accept demands for a large stimulus in the form of tax cuts or support to big businesses and was, instead, focused on leveraging funds to provide support to small businesses and individuals in targeted groups such as those borrowing from micro-finance institutions, who can now get support even if they have been up to 89 days late in settling their dues.

As indicated by the government’s moves, budgetary support will be reserved for core sectors such as creating public health facilities, or for creating farm infrastructure and paying food or fertiliser subsidies that go to the poor.  Besides, it seems to be banking on its Budget announcements to boost capital spending and generate demand for steel & cement, apart from creating jobs. Industry leaders, however, demanded more measures, Economists also said steps were needed to spur demand.

Sanjiv Mehta, HUL CMD, who is also the VP of Ficci, said, “Ficci made several suggestions including the need to extend MGNREGA to urban areas, introduce direct cash transfers to vulnerable sections of society, (and) consider issuance of consumption vouchers for driving demand in the near term.”