Fantastic Beasts: The title of the third film in the series is revealed.

The third film in the Fantastic Beasts series got its official title. Check out the release date and cast.

by Viveka Massey
in Entertainment, Movie
29 2
0 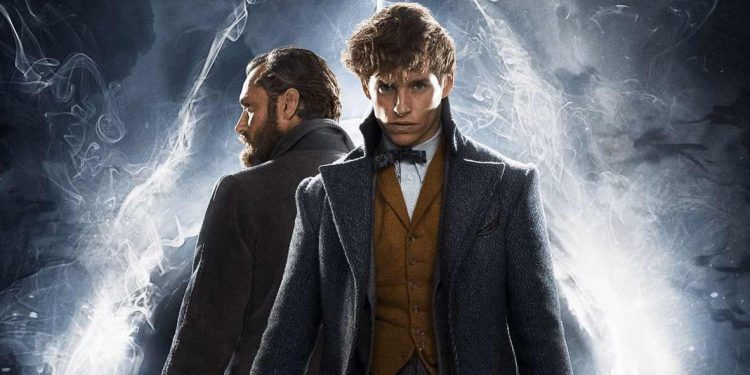 Fantastic Beasts: There is good news for the fans of the wizarding world. After a wait of almost three years, the next film in the fictional world of magic is all set to release. The third instalment in the Fantastic Beast franchise will hit theatres on 15 April-2022. The official title of the film is Fantastic Beasts: The Secrets of Dumbledore. Earlier, the film was reported to be released in June-2022.

For those living under a stone, the Fantastic beasts series is a prequel to; the Harry Potter franchise. The series is set several decades before the events of Harry Potter’s journey. The protagonist of this spin-off is a wizard named Newt Scamander, a magizoologist played by Eddie Redmayne. The series also has our favourite, Professor Albus Dumbledore, in his younger years. Young Dumbledore is played by Jude Law. The first two films in the series explored the journey of Scamander and Dumbledore trying to stop the antagonist Gellert Grindelwald, played by Johnny Depp. Fantastic Beasts: The Secrets of Dumbledore is supposed to carry the same story. David Yates is returning to direct his third movie in the franchise. He also was the director for the last four Harry Potter films. Steve Kloves is co-writing the script for the third Fantastic Beasts film with Rowling. JK Rowling has created both Harry Potter and Fantastic Beasts, and Steve has also worked on the Harry Potter movies.

Logline of the Fantastic Beasts: The Secrets of Dumbledore

Professor Albus Dumbledore came to know that powerful Dark wizard Gellert Grindelwald is moving further to seize control of the wizarding world. He is unable to stop him, so he authorized Magizoologist Newt Scamander to lead a team of wizards, witches, and a brave Muggle baker on a dangerous mission. On the mission, they killed old and new beasts. They also clash with Grindelwald’s growing legion of followers.

Check Out : The Matrix Resurrections: Trailer, Release Date, and Cast.

The Cast of the Film

Apart from Eddie Redmayne as Newt Scamander and Jude Law as Professor Dumbledore, the cast includes- Katherine Waterston, Alison Sudol, Ezra Miller, Dan Fogler, and Jessica Williams. After Johnny Depp departs from the series, the role of Grindelwald will be taken up by the Hannibal actor Mads Mikkelsen. Johnny Depp played the dark lord Grindelwald in the first two Fantastic Beasts films. However, Warner Bros asked him to step down after a British tabloid published an article in 2018 alleging that he was a Wife-Beater, and he lost his case against them.

Mikkelsen told Collider this year- Nobody’s interested in me going in there and trying to copy anything. That would be creative suicide immediately, especially when it’s been done before and masterfully.