Ellen DeGeneres to End her Show Next Year

by Digi News Staff
in Entertainment
37 1
0 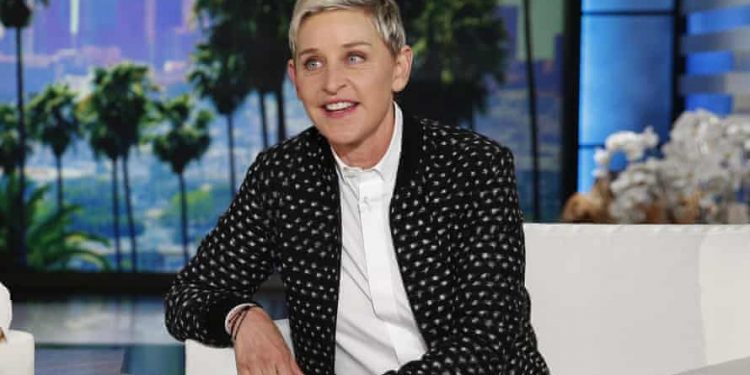 The Ellen DeGeneres Show which aired in 2003 has been a raging success which has won more than 60 Emmy awards. However, unfortunately for the fans, the daytime talk show is going to go off-air soon as decided by Ellen DeGeneres himself. The upcoming season will be the last one. The show has been running successfully for the last 19 years.

After informing the Hollywood reporter about her major move Ellen DeGeneres also added that she needs something new in her life. “When you are a creative person, you constantly need to be challenged-and as great as this show is and as fun, it is just not a challenge,” she said. The decision was also discussed with the friend and guest on Thursday’s show, Oprah Winfrey.

Further talking about the same on the show Ellen DeGeneres stated “I want you to know that I have thought a lot about this decision. I sat with it for a while. I meditated on it”. DeGeneres also shared a clip from the show on Twitter and wrote “Today is a big day. Next season is a big season”. Various fans have shown their sympathy by replying to her tweets while Warner Bros TV President Mike Darnell told the outlet “Although all good things must come to an end, you still have hopes that truly great things will never be”.

At the start of Season 18 in September 2020 Ellen told the reports “I learned that the things happen here that never should have happened. I take that very seriously. And I want to say sorry to the people who were affected.” This apology was viewed as a premiere for four days by the show’s largest audience. However, as stated by the rating company Nielsen the show faced a loss when the average viewership was down by a million. As compared to the previous year the daily viewers fell from 2.6 million to 1.5 million. It was overshadowed in views by the likes of Dr. Phil which gets 2.5 million views every episode and Live with Kelly and Ryan which gets 2.7 million views every episode.

Ellen Lee DeGeneres is an American comedian, television host, actress, writer, and producer. She starred in the Sitcom Ellen from 1994 to 1998 and hosts her own syndicated television talk show, The Ellen DeGeneres Show. Her stand-up career started in the early 1980s and included a 1986 appearance in The Tonight Show. Ellen also provided the voice of Dory in Pixar’s animated films Finding Nemo (2003) and Finding Dory (2016). She was honored with the Saturn Award for Best Supporting Actor, the first time an actress won an award for voice performance. In 2010 she served as a judge on the ninth season of American Idol.

As per US Weekly, the show has had a decline in rating of 43 percent. It has also experienced a 38 percent decline among its core audience of women under 54. The Ellen DeGeneres show was renewed through 2022 back in May 2019. It reached its 3,000th episode in the current year.