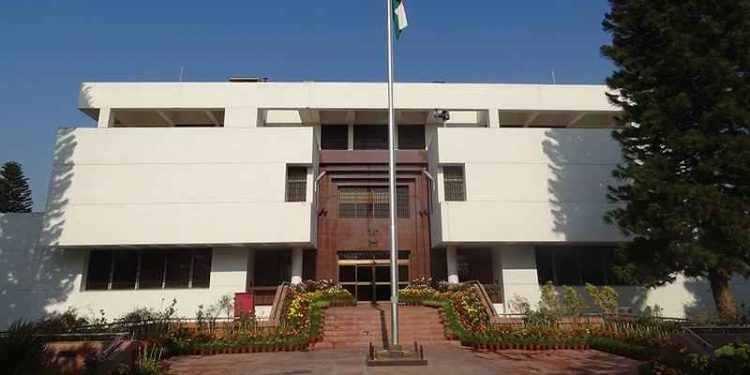 The drone sighting near the Indian High Commission in Islamabad comes as tensions in Jammu and Kashmir have risen following a drone strike on an air force facility last week.

Sources stated today that a drone was observed flying above the Indian High Commission premises in Islamabad. According to them, India has lodged a strong complaint with Pakistan over the security lapse. The sighting at the Indian site in Islamabad comes amid rising tensions following a drone strike last week on an air force post in Jammu and Kashmir.

According to Lieutenant General DP Pandey, Corps Commander of the 15 Corps in Srinagar, the technology used in Sunday’s drone strikes on the Indian Air Force station indicates “state backing” and the involvement of Pakistan-based terror organisations Jaish-e-Mohammed and Lashkar-e-Taiba. The security breach by the drone at the high-security Indian High Commission inside Pakistani soil is likely to worsen the situation.

An intelligence officer stated the drone’s activity was spotted near the border station Jabowal. The spy quadcopter was seen at 4 a.m. trying to enter Indian territory for “monitoring of the region,” and border guards shot half a dozen bullets to bring it down. Officials claimed the quadcopter fled after being shot at by BSF soldiers.

“On Friday morning at around 0425 hours (4:25 a.m.), alert BSF forces shot upon a tiny quadcopter belonging to Pakistan as it attempted to cross the IB in the Arnia sector. It returned to its original position as a result of the shooting “In a statement, the BSF stated.

The BSF’s Jammu border inspector general, NS Jamwal, claimed they examined the area but found no weapons or ammunition.

After an unprecedented unmanned drone strike on an Indian Air Force (IAF) station in Jammu on Sunday, security measures have been strengthened and soldiers are on high alert. Officials claimed two explosive-laden drones crashed into the IAF station at Jammu airport early Sunday, marking the first time Pakistan-based terrorists are suspected of using unmanned aerial vehicles in an assault.

There have been rumours in recent years that Pakistan has used drones to dump weaponry across the border. In recent months, the Border Security Force (BSF) has received several reports of drone sightings and has shot down several of them.

A crashed drone was discovered in a hamlet near Amritsar, Punjab, in August 2019. Terrorists apprehended by security forces the following month allegedly disclosed narcotics and weapons had been dumped throughout the state on eight different drone flights.