The impact of Hurricane Ida has been massive so far. The authorities in New Jersey and New York had to issue emergency warnings for several areas. 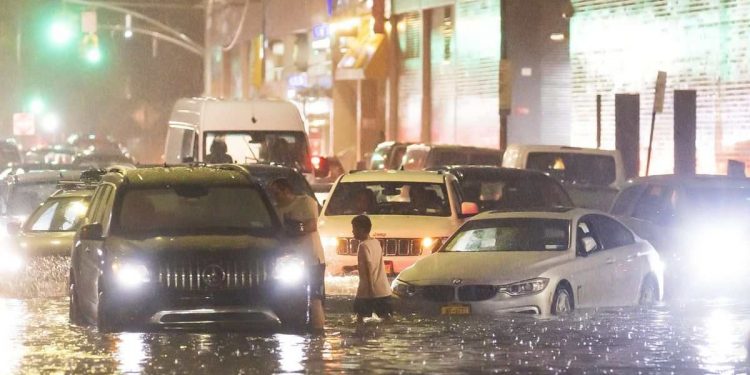 The American states of New York, New Jersey, and Connecticut imposed a state of emergency due to the effects of Hurricane Ida. The record-breaking rain caused flash floods in several areas of the states. The impact of the hurricane resulted in massive damage, especially in New York and New Jersey.

New York City Mayor Bill de Blasio declared that people will stay away from roads and avoid underground trains. He even announced a flash flood state of emergency because of the storm-lashed to the region on Wednesday. The Mayor tweeted, “We are enduring a historic weather event tonight with record-breaking rain across the city, brutal flooding, and dangerous conditions on our roads”.

Hurricanes are common in the Southern United States. However, scientists have warned that the activities may increase because oceans are near, and due to climate change, the surface warms up. The New York Metropolitan Transit Authority said that train services have been suspended due to the excessive water gushing tracks between Brooklyn and Manhattan at around 10:30 pm. The videos captured by cameras show the situation of the platforms. The water flooded there even damaged the power line on the tracks.

Water even entered the homes of residents in Brooklyn. The residents shared videos of people stuck in knee-deep water. Some people are stuck in their cars and buses, struggling to reach homes.

Check Out : Covid-19: Every 1 in 7 children is likely to have symptoms.

According to NJ.com, the air traffic tower are also evacuated temporarily. Flights were halted due to the flood at Liberty International Airport in Newark, New Jersey. The airport tweeted, “We are experiencing severe flooding due to the storm tonight. All flight activity is currently suspended & travelers are strongly advised to contact their airline for the latest flight & service resumption information.”

New Jersey Governor Phil Murphy declared a state of emergency after several tornadoes and flooding warnings. The residents of New Jersey highlighted the damage in the Mullica Hill area on Twitter. Flash flood and tornado warnings have also been issued for several parts of Philadelphia apart from New York and New Jersey.

The NSW wrote on Twitter to alert residents, “Widespread severe flooding is ongoing late this evening across portions of southeast Pennsylvania and central/northern New Jersey. PLEASE do NOT drive into flooded roadways! Turn Around, Don’t Drown.”

The flood ripped of trees and electric poles in Annapolis. On Wednesday, the flood killed a 19-year-old man, and after a building was inundated in Marland, another person is missing. On Wednesday, the NWS account for Philadelphia metropolitan area tweeted, “This is extremely dangerous and potentially deadly flash flooding ongoing in Somerset County, as well as others in the area.” They also shared a video of a car stuck in the water. The National Weather Service said, “Significant and life-threatening flash flooding is likely from the Mid-Atlantic into southern New England.”

Hurricane Ida continued streaming north and brought heavy rainfall in England on Thursday. We hope that the catastrophe will end soon and wish safety to the citizens of affected states.