Delta Variant To Become Serious In The Coming Months 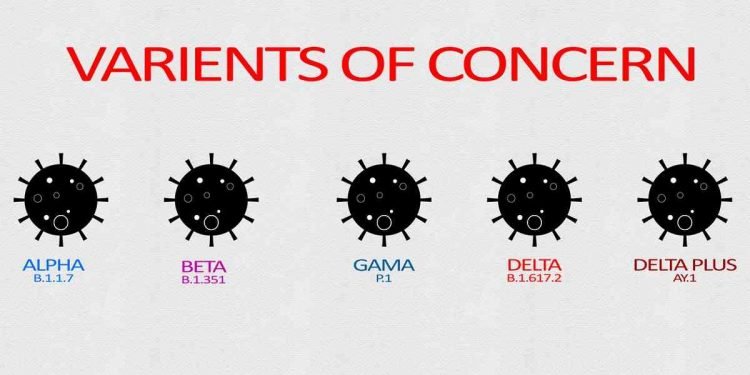 COVID-19 Delta Variant: WHO Director-General Tedros Adhanom Ghebreyesus has said the Delta variant is the most transmissible of the variants identified so far and is spreading rapidly among unvaccinated populations.

According to conservative estimates, the Delta variation of COVID-19 is currently prevalent in almost 100 nations, and the World Health Organization has warned that the highly transmissible strain will become the dominant variant of the coronavirus globally in the coming months.

According to the WHO’s COVID-19 Weekly Epidemiological Update, as of June 29, 2021, “The Delta variation has been reported in 96 countries, however this number is likely underestimated due to the low sequencing capacity required to identify variants. This variation is being blamed in a number of these nations for an increase in infections and hospitalizations.”

Because of its increased transmissibility, the Delta variation is “likely to quickly outcompete other variants and become the dominant form in the next months,” according to the WHO.

“Although the increased transmissibility of VOCs (Variants of Concern) means that measures may need to be maintained for longer periods of time, especially in the context of low vaccination coverage,” it continued, “these measures must be targeted, time-bound, reinforced, and supported by member states.”

The Delta variation is the most transmissible of the variants found so far, according to WHO Director-General Tedros Adhanom Ghebreyesus, and is spreading quickly among uninfected people.

“I’m aware that the Delta variety is causing a lot of anxiety throughout the world, and the WHO is concerned as well. Delta is the most contagious of the strains discovered so far, spreading quickly among uninfected people “Mr. Ghebreyesus has stated previously. He had seen that when certain nations relaxed their public health and social constraints, transmission rates increased.

Over 573,000 new cases and over 13,000 new fatalities were recorded in the South-East Asia Region this week, down 5% and 33% respectively from the previous week.

“As the COVID-19 epidemic enters its second year, the worldwide situation remains precarious. While worldwide trends in cases and fatalities have been falling in recent weeks, the report noted that there is substantial heterogeneity by area, nation, and within countries.

There are nations reporting high increases in cases and hospitalizations in all WHO regions, according to the study.

The development and dissemination of more transmissible forms of SARS-CoV-2, increasing social mixing and mobility, unequal and inequitable vaccination, and substantial pressure to boost public health and social measures are all contributing causes, according to the WHO.