A woman claimed that a restaurant in south Delhi named Aquila denied her entry because she was wearing a saree. This incident took place on 19th September.

by Viveka Massey
in Entertainment
30 0
0 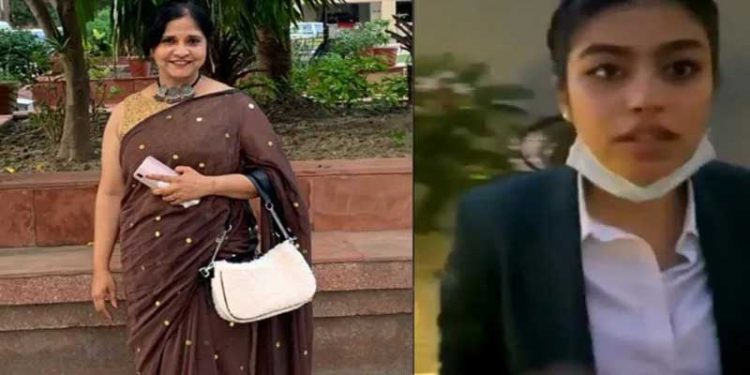 On Wednesday, a video went viral on social media of a woman claiming that a Delhi restaurant denied entry because she was in a saree. In the video, the woman is asking one of the employees at the restaurant whether a saree is allowed. The employee replied that a saree does not count as a smart casual.

The shared video invited several citizens calling this rule made by the restaurant discriminatory and elitist. Journalist Anita Chaudhry posted a video on Facebook with the statement, “Listen attentively to this video as there is a restaurant in Delhi, where a saree is not a decent costume.”

The caption of the video stated: “Many excuses were provided against the saree after that, but I was denied entry to the restaurant since the saree is not a smart outfit in our India, Bharat, Hindustan. The humiliation that occurred yesterday as a result of my saree was bigger and more heart-wrenching than any other insult that I have endured before.”

The Journalist also posted the video on her YouTube channel. In the video, she said, “I am married. I was married in a saree. I have two daughters and my family, and I love it when I wear a saree. I am a saree-loving person. I love Indian attires, and I love Indian culture. I believe saree is a most elegant, fashionable, and pretty attire.”

Anita cited that people in some parts of India do not see saree as smart wear. She added, “I ask Prime Minister, Home Minister, Delhi CM, Delhi Police, and National Commission of Women, to tell me the concrete meaning of a smart outfit. So that I can stop wearing a saree.”

Rekha Sharma, Chairman of the National Commission for Women (NCW), took matters into her own hands. She spoke against the incident that took place.

The restaurant, after facing a lot of criticism has come out with a statement. The woman was stopped because she assaulted one of the staff members, not because of her attire. The restaurant said that The 10-second clip only shows a small snippet of a one-hour incident.

To make things clear, Aquila posted CCTV footage of the whole incident that took place on Sunday. Aquila also posted a clarification on their official Instagram handle. Aquila said we believe in honouring the Indian community. They have always welcomed all the guests in all dress codes.

The restaurant said in a statement, “A guest visited the restaurant. As there was no reservation under her name, so the staff politely requested her to wait at the gate. While we were discussing where we could give the guests a seat. Suddenly the guest entered the restaurant and began fighting and abusing our staff. What happened next was beyond our imagination, the guest slapping our manager.”

The restaurant further said, “We believe in transparency, and we are attaching snippets of people who have visited our restaurant in a traditional dress code previously.”

Further, the restaurant clarified the whole saree statement. The restaurant added that One of our gate managers made a statement on sarees not being a part of our smart casual dress code, just to tackle the situation and request the guest to leave. Our whole team apologies for the same.