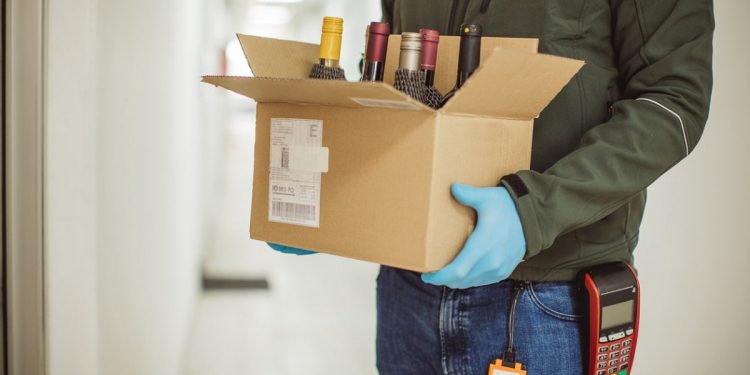 Only holders of the L-13 license, not every liquor shop in the city, will be able to make home deliveries, according to the decree.

Under the modified excise laws governing the sales of alcohol in the national capital, the Delhi government has authorized home delivery of liquor via mobile applications or websites. After images of throng outside alcohol stores surfaced following limits on their business schedules in the aftermath of the Covid-19 outbreak, the Supreme Court stated this year that states should examine home delivery of booze.

“The licensee shall transport liquor to dwellings only if an order is received using a mobile app or an online web portal, and no delivery shall be performed to any dormitory, office, or institution,” according to the government notification.

The guidelines also allow holders of the required licenses to offer alcohol in public areas such as terraces, club courtyards, pubs, and restaurants.

The opportunity for home delivery of liquor was included in the 2010 excise policy as well, although requests could only be submitted through fax or email. The activity, however, never took off. Curbside pickup was not specifically forbidden under the prior laws, although holders of an L-13 license were permitted to make such deliveries “at the dwellings only if the order is received through e-mail or fax (not by telephone)”. Home delivery of booze, on the other hand, eluded the capital.

The national capital, which has begun the ‘unlocking’ process, was put on lockdown on April 19 and has seen a dramatic drop in COVID-19 instances. Arvind Kejriwal, the Chief Minister of Delhi, has stated that ‘unlocking’ the city will be a continuous thing. The lockdown has been extended until June 7.

Large lines formed outside many liquor outlets in the city before the first lockdown notification, as residents rushed to fill up on booze.

In March, Deputy Chief Minister Manish Sisodia announced a new liquor policy, lowering the legal drinking age in Delhi from 25 to 21, with the goal of increasing yearly tax income.

Mr. Sisodia further stated that the Delhi government will not operate booze outlets and that no new booze outlets would be established in the national capital.

When the third phase of the statewide shutdown began last year, the Delhi administration authorized booze sales but levied a “special extra tax.” However, because the sale had been harmed, the government revoked the charge within a month.

Meanwhile, the new laws enable independent restaurants, clubs, and bars affiliated with hotels to sell liquor in open areas such as terraces, balconies, and courtyards, which will be welcomed by the food business.

For the first time since March 19, the daily COVID-19 positive rate has dropped below 1%. In the previous 24 hours, Delhi has recorded 648 new COVID-19 cases.

The positivity rate is 0.99 percent on a daily basis. According to the national capital’s health bulletin, the total number of coronavirus cases has risen to 14,26,240.