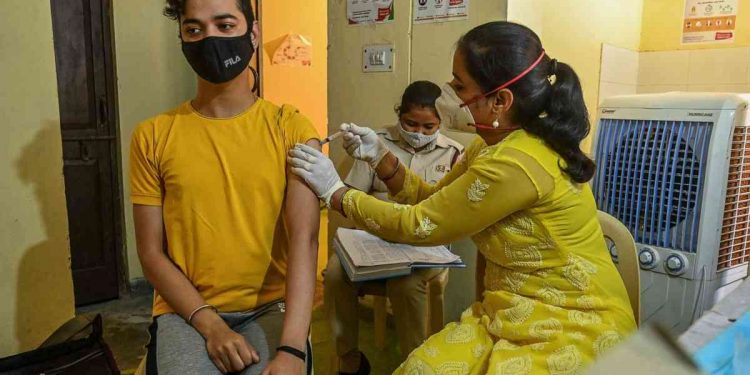 The Centre’s announcement that there are approximately 40 cases of the Delta plus variant in India, with 21 cases in Maharashtra, six in Madhya Pradesh, three in Kerala, three in Tamil Nadu, two in Karnataka, and one each in Punjab, Andhra Pradesh, and Jammu, has alarmed scientists and medical professionals.

Doctors and experts believe that the Center and states where instances have been found should immediately begin tracing and tracking in order to assist stop the variation from spreading further.

They claim that any government carelessness may lead to a surge in the spread of illnesses across the country. Some doctors have voiced worry about state governments’ lack of attention to tracing and monitoring for a long time. They claim that it is yet unknown which organs this variation would affect the most. However, according to Reuters, Covid-19 may induce brain tissue atrophy. Experts believe that additional data is needed to draw any conclusions and that it is too early to draw any conclusions.

They believe that while it’s not time to panic at this point, immunisation efforts should be stepped up, and measures taken to guarantee that all hospitals have adequate oxygen beds on hand. Only 15 to 20% of beds at general hospitals are equipped with oxygen. Governments should guarantee that all beds have oxygen and that oxygen reserves are not in low supply.

It would be pointless to just add beds. Furthermore, Covid proper behaviour should not be overlooked. They argue that now that most states, including Telangana, have abolished all restrictions, citizens should not relax their vigilance.

According to America’s Surgeon General, Dr Vivek Murthy, the Delta form, which currently accounts for 90% of all new cases, is much more transmissible and hazardous in terms of severity.

Dr. Murthy expressed concern for individuals who had not yet received vaccinations. “I’m worried about people who aren’t vaccinated,” he added, “because what we’ve shown is that if you’re vaccinated, you’re really pretty well-protected, particularly against hospitalizations and fatalities,” he said, citing research from the United Kingdom.

“The fear is that if you don’t get vaccinated, you’ll be in much more danger than you were before.” So, what I don’t want to see in our society is a widening division between the unvaccinated and the vaccinated. That chasm must be bridged. That’s why, in answer to a query, he stated, “We’re working so hard to get people vaccinated everywhere.”

“Where you reside and how high the community vaccination rates determine your degree of risk, as well as your child’s level of risk.” And this is why, as a father of two young children, ages three and four, I constantly remark, “We don’t have a vaccination accessible for kids that young.” So, like any other parent, I’m concerned about my children,” Dr Murthy stated.