Choudhary, who represents the Gudamalani seat in the Rajasthan Assembly, has decided to resign. 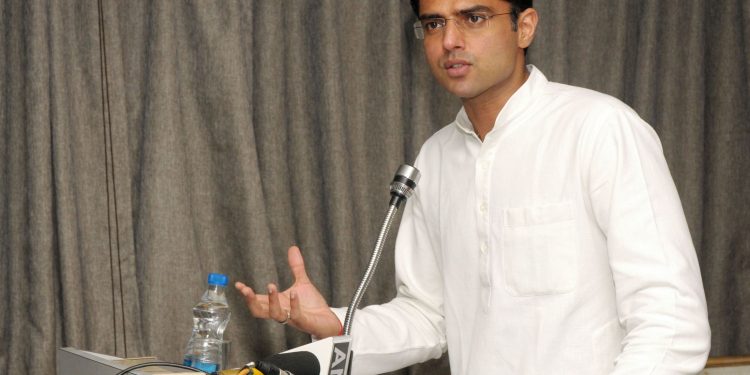 Considered close to the former Deputy Chief Minister, Sachin Pilot, Senior Congress Leader and Legislator has resigned from his assembly seat. This resignation by Hemaram Choudhary who is from Balmer, Rajasthan, is being taken as a sign that another crisis is brewing in the State Congress.

Choudhary, 73, who was a sharp critic of Ashok Gehlot, the Chief Minister of Rajasthan, sent his resignation letter to Gehlot and C.P. Joshi, the Assembly Speaker, and stated that he would share the reasons for his action once his resignation would be accepted.

The words of Choudhary, as quoted in The Hindustan Times, are as follows, “I have submitted my resignation to the speaker, CP Joshi, and CM Ashok Gehlot. I had resigned earlier, but it was not accepted. I have been MLA for two-and-a-half years, and have done enough politics. I will speak on the reason behind the resignation, once it is accepted,”

The officials of the Assembly secretariat commented, “action will be taken as per rules,” The resignation letter was received by them via email, and they plan to proceed with the request as per the rules.

Choudhary was one of the 19 Congress legislators who had joined a rebellion led by the then Deputy CM Pilot, against Gehlot last year. According to several reports in local media, the brewing crisis is because the Chief Minister did not live up to the agreement that the two camps had reached upon after last year’s truce.

Choudhary was also reported to be unhappy, according to a report in Indan Express, as he was getting sidelined in regards to local politics, even though the political capital of Revenue Minister Harish Choudhary, an MLA from Barmer’s Baytoo seat, rose.

Choudhary resigning from his post is not happening for the first time. He had put forward his resignation, in 2019 as well, during the first session of the reconstituted assembly, when he had sent his resignation for not being made the minister in the Gehlot Government.

Choudhary was the then Revenue Minister in Gehlots’s previous cabinet of 2008-2013 and had offered to resign before the 2013 elections were over, owing to certain differences with another MLA.

State Congress president Govind Singh Dotasra spoke with Chaudhary and declared that it was a ‘family’ issue. He stated, “Hemaram-Ji is our party’s senior and respected leader. After getting to know about his resignation, I spoke to him. This is a family issue and will be resolved soon.”

BJP, the opposition party, voiced out, by saying that this crisis is an indication of a lack of internal democracy in Rajasthan Congress.