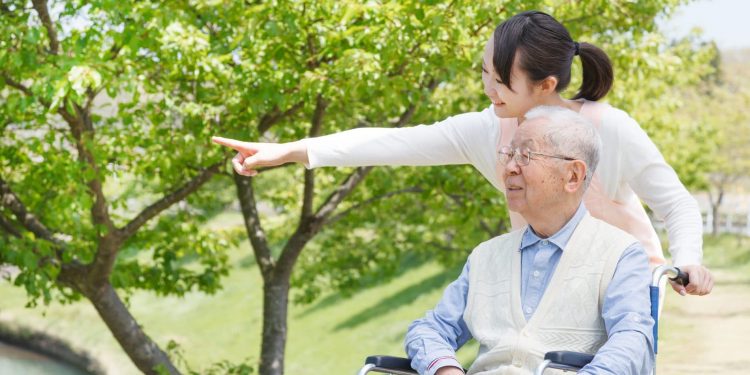 China is a rapidly aging country; by the end of last year, there were over 267 million individuals in this age group, or 18.9% of the country’s total population. By 2035, this percentage is anticipated to be greater than 30%.

The National Health Commission (NHC) stated at a press conference on September 20 that China has made remarkable advancements in senior care over the past ten years in response to this irreversible trend, thanks to ongoing efforts to improve pertinent policies and systems and the implementation of practical measures. More than half of rural communities are covered by elderly care services in China.

The current retirement peak, which began this year, was brought on by those born between 1962 and 1971; the third boom will similarly bring about another high in retirement in about 20 years.

Around 2050 will mark the peak for the number and percentage of elderly people, the old-age dependency ratio, and the social dependency ratio. Accessibility to public services and the long-term viability of the social security system would be seriously affected due to this. In order to deal with this, China has already started taking steps.

China will proactively respond to population aging and work quickly to develop a system of household, communal, and institutional aged care services to satisfy varied medical and healthcare needs based on the government work report published earlier this year.

It also stated that the nation would enhance senior care in both urban and rural areas, aid private organizations in offering services like old daycare, meal and cleaning assistance, and rehabilitation, gradually enhance long-term healthcare insurance and promote the growth of mutual-aid services for senior citizens in rural areas. In the latter, elders are helped by other seniors, as well as by local villagers and other willing helpers, according to a model of elder care developed by Japan in response to its super-aging culture.

Since the end of 2012, the number of beds in China’s aged care facilities has more than quadrupled, reaching roughly 8.13 million in the first quarter of this year.

Meanwhile, officials of the National Health Commission’s Department of Aging and Health claim that China has developed close to 6,500 integrated medical and senior care facilities with a combined capacity of 1.75 million beds.

China’s population is aging quickly; by the end of last year, there were 267 million individuals in China who were 60 or older, making up 18.9% of the country’s total population. By 2025 and 2035, there will likely be more than 300 million seniors worldwide. According to officials, the number of China’s senior population and its share of the overall population is predicted to peak around 2050, creating enormous problems for the delivery of public services and the country’s social security system.