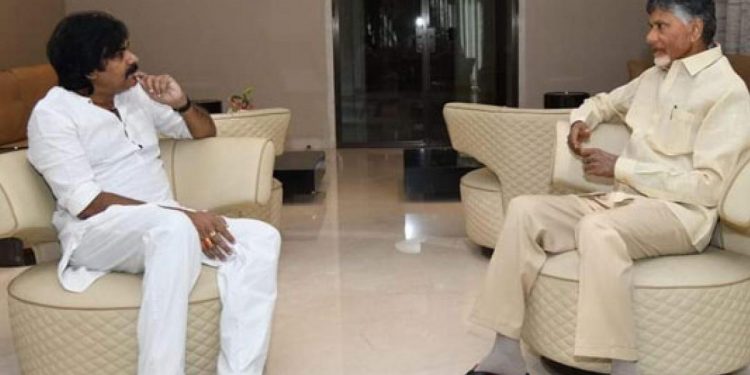 In order to beat Y S Jagan Mohan Reddy, Kalyan vowed to prevent the opposition vote in Andhra Pradesh from being split before the 2024 elections. Kalyan drove to Naidu’s Jubilee mansion for the meeting, the two of them having camped out in Hyderabad for the weekend. This was their first official encounter in a number of years.

While the TDP was formerly the leading member of the tripartite coalition, the Jana Sena Party is today allied with the BJP in the state. The TDP severed links with the other two in 2018 and has been operating independently since.

Even while the Jana Sena Party is edging closer to the previous ruling party, the BJP is unwilling to reconcile with the TDP. The meeting between Naidu and Kalyan takes on significance against this backdrop. The TDP president met Kalyan in Vijayawada in October of last year to provide support after the state government halted the latter’s programs in Visakhapatnam.

In an apparent effort to target the opposition parties, the Jagan Mohan Reddy administration issued a new Government Order (GO) on January 2 that forbade rallies and meetings on state roads. Naidu himself was the first person to be affected by the restrictions during his visit to Kuppam from January 4–6. The two politicians allegedly spoke about the GO’s effects at a time when actor-turned-politician Kalyan planned to travel the state in a specially built campaign vehicle called “Vaarahi” and Naidu’s son Nara Lokesh announced plans for a 400-day foot march beginning on January 27. The Jana Sena Party has already declared that it will fight the contentious GO in court, and it is anticipated that the TDP will do the same.