Channel your Inner Power with YOGA 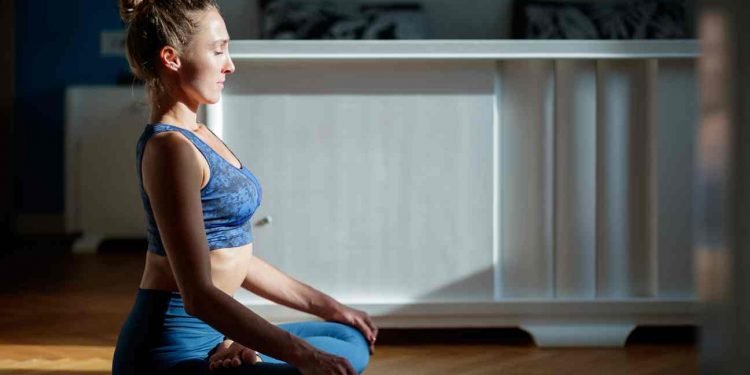 International Yoga Day: “Yoga frequently provides us a method of holistic wellness,” Prime Minister Modi remarked, adding that numerous research on the advantages of yoga on our bodies and immunity are being conducted throughout the world.

During the new coronavirus epidemic, yoga became a source of inner strength for individuals and instilled trust in them that they could battle the virus, Prime Minister Narendra Modi stated today. “Yoga offers us the way from stress to strength, from negativity to creativity,” Prime Minister Narendra Modi said in his speech to the nation on the 7th International Yoga Day.

“No country was prepared when Covid appeared. Yoga became a source of inner strength during this time. Yoga promotes self-discipline and instills confidence in people that they can defeat the infection. Frontline fighters informed me that they used yoga as a technique to combat the virus “Prime Minister Narendra Modi, who was clad in an orange tunic, stated.

PM Modi also stated that India will publish the M-Yoga application in partnership with the World Health Organization (WHO), which will include several videos of yoga instruction based on the Common Yoga Protocol in many languages throughout the world.

He believes that this will contribute in the accomplishment of the “One World, One Health” slogan.

“Yoga Day is not a traditional cultural celebration in most of the world’s countries. People in such a terrible situation may forget or disregard it throughout this difficult period. On the contrary, people’s excitement for yoga has grown, as has their affection for it “The Prime Minister stated.

“Yoga not only promotes physical but also mental well-being. Several investigations on the effects of yoga on our bodies and immunity are being placed during Covid. At the start of online sessions, we observe yoga and breathing techniques being done. This aids youngsters in their battle against the illness “Prime Minister Modi stated.

He emphasized the significance of yoga for one’s entire health, saying, “Yoga demonstrates how to transform stress into strength and negativity into creativity. Yoga teaches us that while there are many issues out there, we have endless answers inside ourselves. We are the universe’s most powerful energy source “In a televised speech to the country, the Prime Minister remarked.

He claims that many institutions now start their online lessons with yogic activities like pranayam, which physically prepares students to deal with Covid.

Let’s know more about Yoga and Its Relevance:

Yoga is a discipline that connects our mind, body, and soul while also improving mental clarity. It began in India and has been a part of Indian civilization for millennia. It is an excellent technique for reducing stress and improving motor functions, which helps to prevent a variety of health problems.

The epidemic has claimed a large number of lives and posed enormous difficulties to public health systems across the world, not just in India. Many of us have stayed home due to our dread of this ever-mutating illness. The stress on our bodies and brains has risen as a result of this forced confinement.

Several medical practitioners and experts have indicated that people with minor Covid-19 symptoms who have been instructed to isolate at home could benefit from doing yoga asanas and breathing techniques, but only with caution.

Because the virus attacks the lungs directly, it is critical to strengthen the respiratory system. Those who have recovered from the illness are also encouraged to practice yoga. Yoga breathing, beginner-level yoga asanas, and meditation provide mental calm, which is important in the healing process for individuals who have been through the terrible experience of getting a disease. Covid-19.

Aside from these, doctors prescribe modified breathing methods and yoga positions to assist Covid-19 patients who are on the mend minimize tiredness and gradually regain energy levels.

Yoga can also be beneficial to children. Yoga can be a helpful coping strategy for those who are experiencing mental stress as a result of isolation and worry throughout an uncertain school year. Children may and should be encouraged to practice yoga by their parents and teachers. In these trying times, this will assist to increase physical flexibility and focus.

Our way of life has most certainly altered for good. Yoga has been widely recognized as an excellent technique for promoting health, which, in turn, aids in the achievement of the all-important work-life balance. Yoga has grown in popularity across the world, and it is now regarded as one of India’s soft power pillars.