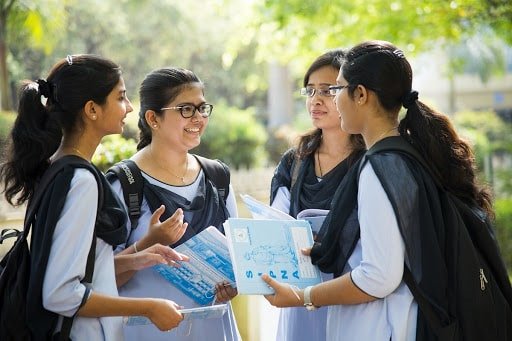 Last day, the committee thus decided to cancel this year’s CBSE Board Examinations altogether. Hearing the news, students rejoiced and many hilarious memes on the same surfaced. This comes only two days before a Supreme Court hearing on a petition to have the examinations canceled.

Prime Minister Narendra Modi attended a review meeting on the CBSE Class XII Board examinations on Tuesday (June 1, 2021) and decided to cancel them owing to the unpredictable conditions caused by COVID-19.

Because of the ongoing COVID-19 epidemic across the country, there will be no examinations for CBSE Class 12 students this year, Pm Narendra Modi said on Tuesday. He stated that the choice was made in the best interests of kids.

“The health and safety of our kids are of paramount concern, and there will be no compromise on this,” the Prime Minister’s Office (PMO) stated in a statement. “Anxiety among children, parents, and teachers that has to be addressed… In such a difficult environment, students should not be pushed to take tests. All parties must be sensitive to the needs of pupils”, said the statement.

Within minutes after the CBSE announcement, the Council for Indian School Certificate announced that its Class 12 Board Exams for this year had been canceled as well. The Prime Minister’s statement came at the conclusion of a crucial discussion on the subject held on Tuesday. Union Defence Minister Rajnath Singh, Environment Minister Prakash Javadekar, and Chairman of the Central Board of Secondary Education (CBSE) Manoj Ahuja, among others, attended the meeting.

According to the PMO, CBSE would now take initiative to compile the results of Class 12 pupils according to well-defined objective criteria in a timely way.

“It has been determined that any student who is dissatisfied with the evaluation will be given the chance to appear in the test by CBSE as and when the circumstance permits,” according to a CBSE statement.

The decision to suspend the test this year comes only two days before a Supreme Court hearing on the subject, during which the Centre is due to respond to a petition seeking to do just that. The court had rescheduled the hearing from May 31 to June 3 after the Centre requested more time to make a judgment.

CBSE has recommended conducting the test between July 15 and August 26 during a meeting on May 23. It also proposed two alternatives: regular tests in 19 key courses at designated centers and shorter-duration tests at the students’ schools.

Uttar Pradesh Chief Minister Yogi Adityanath praised the CBSE’s decision on Tuesday, calling it a significant step toward ensuring the safety of children throughout the nation. “All pupils and guardians owe the honorable Prime Minister our heartfelt appreciation,” he tweeted.