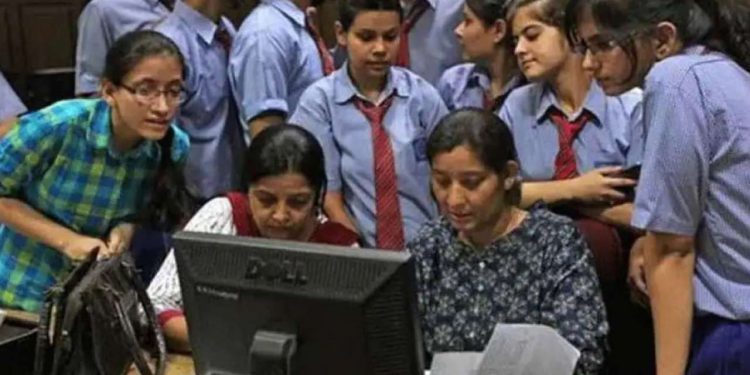 Central Board of Secondary Education CBSE has announced its results for standard 10th board results and has been reported as one of the best results until now where all students have passed. The results were calculated on the basis of a new method adopted due to the worsening conditions of the pandemic.

As there was a change in evaluating procedure of the board exams this year, the marksheet thus released oo, are in a different layout and look. The marksheets given out this time are a combination of both the certificate and a marksheet. Earlier, students were given two different documents of each kind, one for marksheet, and the other for a certificate.

A total of 21,467 students appeared in the CBSE class 10th board exams and the pass percentage this year is remarkably high, coming at 99.04%. A jump of nearly 8 points has been seen in the pass percentage, as last year only 91.46% of students passed the examinations.

A similar jump is also noted among the students scoring above 90% this time. It has been recorded that around 2,00, 962 students among all those who have appeared, had a score of more than 90% marks. More specifically, the number of students who scored 95% marks or more is 57,824 in total.

To speak in a region-specific terms, Trivandram still stood as the undefeated champion while being the state with highest passing score of around 99.99%. The state was followed by Bangalore, that ranked second in terms of good performance. Bangalore had a total pass percentage of 99.96%.

Around the nation, many student’s performances were appreciated and brought inot light for the juniors to take inspiration from. Maharahstra’s education minister came forward to congratulate all the students on the occasion of CBSE declaring the results and said, “Congratulate all my young friends who have successfully passed their Class X (CBSE) examinations.This was a tough year, but you have overcome difficulties with determination. Wishing all of you the very best for your future endeavours.”

Uttar Pradesh Ghazipur’s Class 10 student Kumar Vishwas Singh has topped CBSE class 10 Board exams by scoring full 100% marks. The teenager will choose science in Class 11 and says he wants to prepare for the National Defence Academy (NDA) entrance exam and “serve the nation.”

The following steps can be followed to view the results:

Step 1: Go to the official websites of CBSE — cbse.nic.in, or cbseresults.nic.in

Step 3: Enter your roll number as per your admit card and required credentials

Step 4: Your CBSE Class 10 will open on a new page

Step 5: Download and take a print of the document for future reference

Candidates appearing for the CBSE class 10 examination needs to secure at least 33 per cent marks overall along with 33 per cent marks in each of the subjects to be promoted in the next class. In case there’s practical in any subject, students are required to secure the passing criteria of 33 per cent in theory and practical part separately.

Although the results this time have been reported to be better off than ever beore, there are still students who are not satisfied with their score whatsoever and wish to get their performances re-evaluated. The Central Board of Secondary Education had earlier in the year, come up with the provision of conducting ‘special exams’ for those students who were not happy with their marks and hoped for an increment in it. The details regarding the same are supposed to be released very soon on the official website of CBSE and interested students can follow the procedure of prescribed application to carry forward their special exam evaluation.