BTS Comes Up With A New Concept For ‘Butter’ 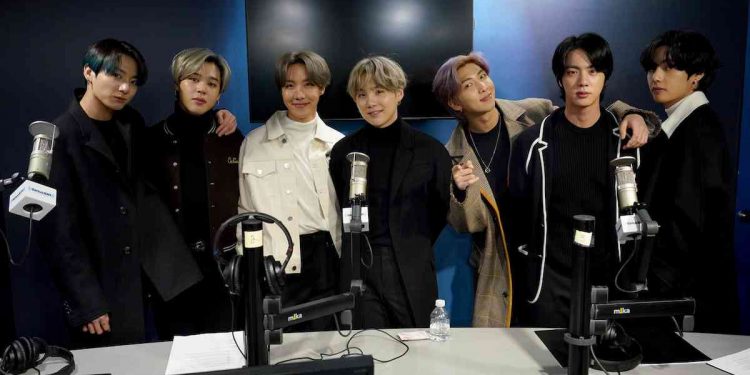 The group’ fresh appearance in the new Butter concept pictures caught BTS fans off guard. As they prepare to release the CD edition of Butter, BTS released a slew of individual photos as well as a group photo on Sunday.

J-hair Hope’s was dyed in an ombre hue with purple accents. Jimin’s rainbow dye has changed to a dark crimson hue. V wore his hair in a mullet, while Jungkook kept his purple colour.

The members were spotted experimenting with denim and leather jackets, skirts, and accessories, as if the haircuts weren’t enough of a surprise. Aside from their new appearances, the items in the group photo caught the attention of eagle-eyed admirers. Toy weapons, a few chess pieces, and glasses of milk were also visible among many other thigs existing there.

It’s unclear whether the song he’s talking to is the same as the one the members will release shortly. Butter will be released on CD on July 9, the same day that BTS declared their fandom’s moniker shortly after their formation.