BTS & Coldplay To Release A Track “My Universe” on September 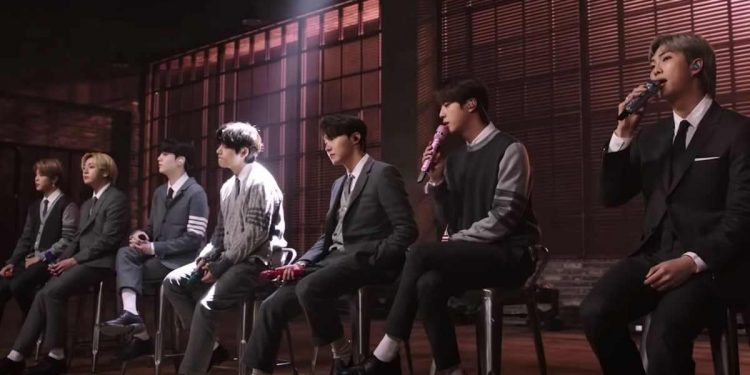 Coldplay – The much-known British band and BTS who is the recent South Korean sensation have finally confirmed that they will be collaborating for the single named as “My Universe.” After much speculation and rumpus, it has now been clear to the fans that the track will be available on 24th September.

In July of 2021, the rumours were all over which said that BTS would feature in the new song of Coldplay. Nevertheless, on Sunday, this Korean won yet another best  K-pop and best group trophies at MTV Video Music Awards.

Both the famous bands have made the announcement by taking the social media platform to help their fans enjoy the upcoming track.

Coldplay took their Instagram profile to make the announcement where they have written, “#MyUniverse // Coldplay X BTS // September 24th //“

Taking the twitter platform, the South Korean sensation has also officially announced to their followers, “#Coldplay X BTS – My Universe,“

This has certainly raised the flame in the fans and they are waiting for the tracks to get available. BTS comprises Jungkook , Jimin, Jin, J-Hope, RM and Suga recently were found to sit with the frontman of ColdPlay Chris Martin for a very special episode of the YouTube originals’ Weekly Music series “Released”.

In the Febrauly,. BTS the famous Korean Group was found to cover the hit number of Coldplay 2005 on MTV Unplugged which is “Fix You”

It seems that the British group liked it and they shared the link where BTS performed that hit number on the Titter with the caption “beautiful” in Korean language which consist of the initials of everyone in this band like Jonny Buckland, Guy Berryman, and Will Champion.