BTS, the Korean boy band group, has announced an astonishing piece of news for their international fans.

by Viveka Massey
in Entertainment, Music
31 1
0 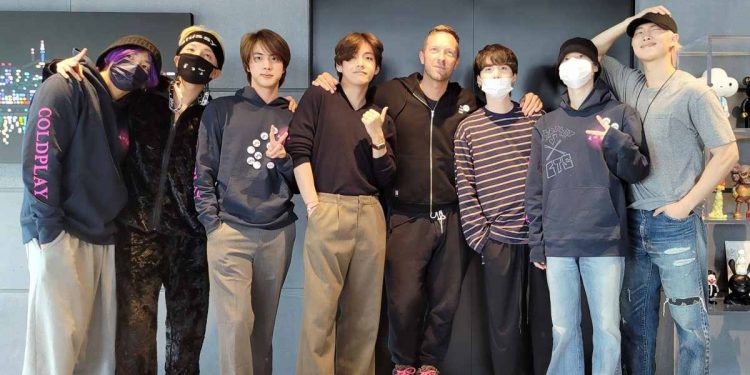 The Bantan boys, also known as the BTS, is a famous boy band in the world. They have created history and are now known as the pride of Korea. They were recently honoured by the South Korean president Moon Jae-in at the Cheong Wa Dae (Blue House). The boys received their certificate of appointment as the Special Presidential Envoy for Future Generations and Culture. They also attended the UN General Assembly in New York with President Moon. The maknae (youngest member) Jungkook of BTS gave a heartwarming speech at the assembly. Last time, when BTS attended the UN assembly, RM addressed the audience. The Bantan boys were also part of the second meeting of the Sustainable Development Goals Moment (SDG Moment) of the Decade of Action.

On their mini-tour to LA, the BTS shared surprising news for all their international fans on the west coast. BTS is returning to Los Angeles.

The Bantan boys announced their BTS- Permission to Dance concert in LA. They will be performing four shows at the Sofi Stadium on 27 November-2021, 28 November-2021, 1 December-2021, and 2 December-2021. Bts will perform for four nights, and the concerts will start at 7:30 pm.

BTS met their army (fans) face to face back in the 2019 world tour. Since then, they were not able to see each other due to the Pandemic. In 2020 BTS Map of the Soul tour was cancelled due to Covid-19 Pandemic. But the wait is over, and fans will be able to see their favourite boys back on the stage. Recently BTS also announced their live streaming concert “BTS Permission to Dance On Stage,” which will be held on October 24.

All BTS international fans are excited to meet their idols after a long time. Fans are showing love by posting on all social media platforms. The global sensation BTS topped Billboard charts (again), broke world records with their second English-language single ‘Butter’. They have received many awards for the song. BTS collaborated with Megan Thee Stallion and recreated the second version of Butter. Apart from that recently collaborated with Coldplay on the glittering “My Universe.”

The BTS concert tickets will start preselling from 6 October-2021 at 3:30 pm PDT for the general public. The VIP Purchasers can book the tickets between 5 October-2021 3:00 pm PDT to 5 October-2021 10:00 am PDT. The Indian fans are also eagerly waiting for the BTS tour in India. Hopefully, they will visit India soon.