Black Widow is the best Avenger: Check out the reasons.

Marvel Cinematic Universe is mainly dominated by male heroes. However, Black Widow is a character that has made her own place since the formation of the Avengers.

by Viveka Massey
in Entertainment
31 0
0 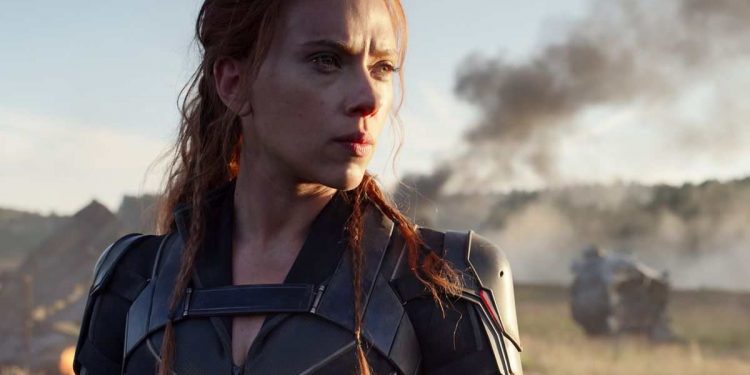 Black Widow, AKA Natasha Romanoff (played by Scarlett Johansson), is one of the most important characters of the Marvel Cinematic Universe. Since her first appearance in Iron Man 2 in 2010, she has been a significant part of the MCU. Black Widow was an assassin and later turned into one of the SHIELD agents. In the events of Avengers: Endgame, she saved the world by sacrificing her life.

Black Widow is the immensely loved character from the Marvel Cinematic Universe. Recently, she got her first standalone film where we watched glimpses of the transformation of a simple girl Natasha Romanoff into the fierce and unstoppable Black Widow. In the Universe, primarily dominated by man, several reasons make Black Widow the best Avenger. Here, we have gathered five such reasons.

Check Out: The Matrix Resurrections: Trailer, Release Date, and Cast.

Unlike other members, she can think faster than anyone in a fight. In the moment of emergency, her brain works faster, and she quickly comes up with a solution. She kept Steve Rodgers safe and hidden from the Hydra S.H.I.E.L.D in the events of Captain America: The Winter Soldier. She is incredible during such moments that demand quick thinking.

She is a person who always thinks about others before thinking about herself. She even gave her life to get the soul stone and saved the world and her friend. She decided to sacrifice her life so that her best friend Hawkeye get the opportunity to go back to his family and raise his kids. She was the one who was busy finding a way to bring all her friends back when they disappeared from the world in the events of Avengers: Infinity War because of Thanos.

In Avengers: Endgame, when Tony Stark was retired, everyone was busy with their works, and Thor was dealing with his depression. Things were at their worst, so she stood up and synchronized with the heroes across the galaxy. Black Widow made constant efforts to keep everyone involved. Apart from that, she also followed leads to bring her friends back. She remained on the frontline in their worst period.

Black Widow was reliable to all her team members. She was always ready to help anyone. Avengers were her family (Quoted in Avengers: Endgame). She was the stone of the team, and everyone counted on her. In the events of Captain America: Civil War, she first chose the side of the government, but as she understood the situation, she did what was correct.