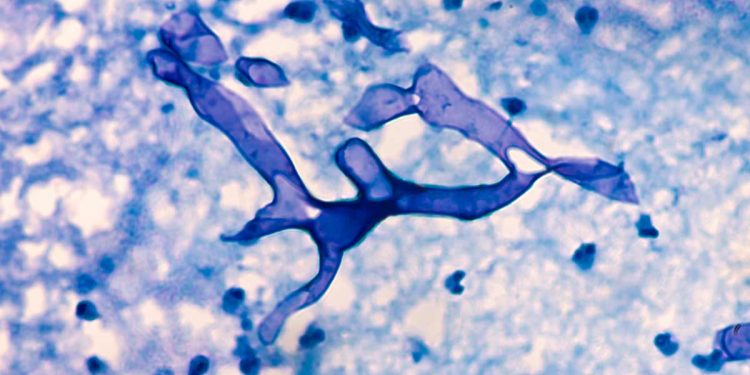 There has been an upsurge in cases of ‘black fungus’ infection over the past few weeks in Rajasthan and around. The sudden upsurge was reported to the health department and is now declared an epidemic.

With the rising number of cases of mucormycosis (black fungus), the Rajasthan Government on Wednesday declared it an epidemic. The infection is more likely reported to be affecting people who have recovered from COVID-19. According to a notification released by the state’s Principal Health Secretary Akhil Arora, mucormycosis has been declared an outbreak and a notifiable disease in Rajasthan under the Rajasthan Epidemic Act 2020.

Health minister, Raghu Verma said the state government had issued orders to make a purchase of  2500 vials of a drug used specifically in the treatment of black fungus.

Current stats suggest that there are around 100 black fungus patients and a separate ward has been made at Sawai Man Singh Hospital in Jaipur for their treatment.

The principal health secretary, Akhil Arora, said that the step had been taken to ensure an integrated and well-coordinated treatment for COVID-19 and black fungus.

According to experts, people with diabetes are being easier targets for the infection to attack. Not only is such the case in Rajasthan, but amidst coronavirus cases, Delhi is said to be reporting patients infected with black fungus too.

As a result, the Delhi government has established a four-member technical expert committee (TEC) to discourage the indiscriminate usage of Amphotericin-B injection and to provide a consistent and effective mechanism for distributing the medication to COVID-19 patients in need.

The drugs prescribed for the potential treatment of black fungus are running short in their supply but the government is making sure to mend the shortage anytime soon. Till now, cases of black fungus have been reported in various parts of the country including Karnataka, Uttarakhand, Telangana, Madhya Pradesh, Andhra Pradesh, Haryana, and Bihar.

People contract mucormycosis by getting into contact with fungal spores in the atmosphere, according to the Union Health Ministry. After the fungus reaches the skin from a scratch, scrape, burn, or other forms of skin damage, it may grow on the skin.

People with diabetes have to be more cautious when it comes to contracting this infection because it becomes severe in such cases.

The ministry said, “Moreover, anyone who is diabetic and whose immune system is not functioning well needs to be on the guard against this. The disease is caused by a set of micro-organisms known as mucormycosis, which are present naturally in the environment, seen mostly in soil and in decaying organic matter like leaves, compost, and piles.”

It claimed that medications like dexamethasone, which suppresses our immune system response, are used to treat COVID-19 patients. As a result of which, COVID-19 patients are at an increased risk of succumbing to attacks by species such as mucormycetes. A similar yet perilous threat is posed to patients suffering from diabetes who run at a higher risk of contracting the newly discovered infection.