Bigg Boss OTT Is Quite Over The Top With A New Host And More Drama – What Should The Audience Expect?

by Digi News Staff
in Entertainment
31 1
0 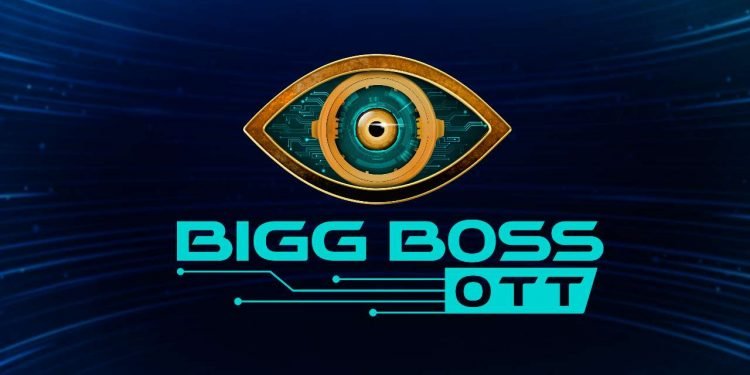 The new promo for the famous reality shows BIGG BOSS was released where we could see that the host for this season is going to be Karan Johar. The new host also revealed a major twist that fans will get to witness during the show. Let us find out what twists and changes does the show has for its fans!

The new season for Bigg Boss OTT is all set to be aired from August 8th and the show makers are trying their level best in keeping the excitement of their viewers at peak. In a recent promo release, it was seen that the host has been changed to Karan Johar, who also later talked about how there is a twist in the giving of punishments to the BIGG BOSS contestants this season.

Karan Johar said that the punishments for the defaulter contestant of the reality TV show will be decided by the audience themselves. The new promo of BIGG BOSS reveals quite a lot of things that the audience should expect from the show.

The video for the new promo shows the season will also air on the OTT platform of VOOT where the host will be Karan Johar, and on TV, the host will be Salman Khan. The show will also have a change in the clothes of its contestants this time.

For the very first time, Bigg Boss viewers will be able to watch all of the big drama and action live from the house 24 hours a day, seven days a week. Aside from it though, viewers of Big Brother will be treated to one-hour episodes on Voot. Exclusive cuts, round-the-clock content drops, and a fully interactive edition will all be available to viewers. With the commencement of Season 15 of Bigg Boss, the program will move to Colors TV after the internet exclusive is completed.

We’re all looking forward to the start of Bigg Boss 15 OTT. Karan Johar will host the OTT edition of the show. The television show will air on OTT six weeks before it airs on network tv. Eventually, Bigg Boss OTT is set to premiere in just 6 days. On being chosen the host for this season’s BGG BOSS, Karan Johar said, “My mom and I are huge Bigg Boss fans and wouldn’t miss it for a day. As a viewer, it keeps me hugely entertained with dollops of drama. For decades now, I have always enjoyed hosting shows and now with Bigg Boss OTT, it will surely be over the top. It’s my mother’s dream come true. Bigg Boss OTT will undeniably have a lot more sensational and dramatic. I hope I can live up to the audience’s and my friends’ expectations, make Weekend Ka Vaar with the contestants an enjoyable affair in my own style and up the ante on the entertainment quotient. Wait for it.”

The show this time has also confirmed its contestants. The first contestant for the show is singer Neha Bhasin, and the second contestant confirmed as of now is Rakesh Nath who is an actor.

A number of celebrities are in talks with the show’s producers to participate as contestants this year. However, the show’s producers announced Neha Bhasin as the first confirmed candidate a few days ago. The show’s promos have already been revealed, indicating that everything would be over the roof this series. It’s all going to be incredibly exciting, from the home to our ‘Over The Top’ host, Karan Johar.

Fans of the reality TV show are eager to know what this new series has got for them in hand. As many speculations are circulating around, Over The Top also has a Vikas Gupta vibe to it. He’s renowned as the strategist and has appeared in every season of Bigg Boss since season 11. Vikas is the perfect mix of emotional and practical human qualities. When Vikas Gupta joins the show, there’s bound to be some drama. Last but not least, when it comes to Bigg Boss, we can’t forget about beloved Sherr Khan, a.k.a. Hina Khan. Despite the fact that she did not win Bigg Boss 11, she remains the most talked-about participant. Hina Khan’s journey on Bigg Boss 11 was not simple. She was chastised for saying so many things about other celebs. That, however, did not deter her. Instead, she continued to develop and learn from her failures.