Big Boss OTT: Shamita Shetty revealed that Nishant Bhat once crossed the line with her

by Viveka Massey
in Entertainment
34 3
0 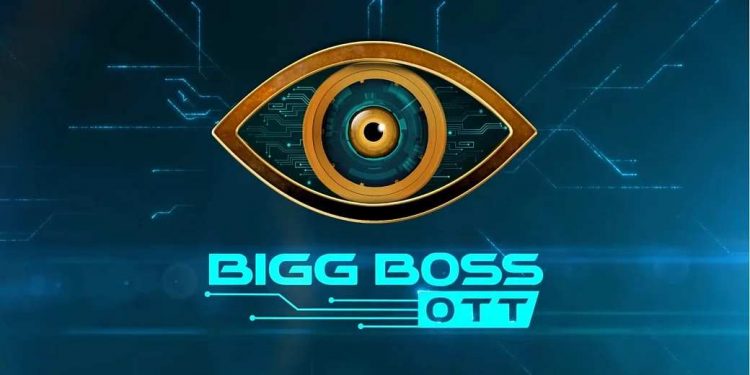 The OTT version of Indian television’s most controversial reality show Big Boss started on Sunday. Along with this, the show has been in discussion about the fights and nominations of the members of the house from day one. 13 contestants have entered the show and many rifts have come to the fore as soon as they step into the house. Bollywood actress Shamita Shetty is also one of the contestants imprisoned inside the Big Boss OTT house and managed to find her way to the headlines from day one here.

Shamita has caught the attention of people through her activity during the show in recent times. She was in the headlines after a fierce clash with Prateek Sehajpal over food. Now the actress made a shocking revelation about a fellow contestant that surprise the fans of Big Boss.

Actress Shamita Shetty and her fellow contestant Nishant Bhat (choreographer) already know each other, which is probably why they have kept their distance. Now Shamita has revealed that Nishant once ‘crossed the line’ with her. Shamita Shetty told Divya Aggarwal, “I don’t want to tell what incident it was but he once crossed the line with me and I didn’t like it. I told him sternly that he did wrong and he didn’t talk to me. After that I thought I should distance myself as I don’t want to be reminded of this. When I saw him on stage, I responded that I knew him.”

Check Out : Bigg Boss OTT Is Quite Over The Top With A New Host And More Drama – What Should The Audience Expect?

Shamita Shetty has entered the Bigg Boss OTT house amid controversies over her brother-in-law Raj Kundra, who was arrested by the Mumbai Police in a pornography case and is currently in judicial custody. On other hand, Shamita’s sister Shilpa Shetty and her mother Sunanda have also been booked in Lucknow for cheating in a property case. Actress opened up as why she chose to be on the show at this moment when her family is in a big trouble. many people have this question in mind and finally the star opened up when host Karan Johar indirectly asked her about it. Shamita revealed that long ago she had given her commitment to the show and at that time everything was normal in her personal life. Further she added that “I never back off, every human has ups and downs in her/his life and because of it no on stops working.”

The famous reality show Big Boss is back with a surprise for the fans. The fans will be able to watch all the action, drama, fights 24*7 live directly from the Big Boss house and there will be a one-hour episode on Voot. The show will be moved to Colors TV after the completion of all the digital exclusives. Fans can also watch cuts, fully interactive edition and many more items.

The contestants of Big Boss OTT who all are ready to participate in the show are Pratik Sehajpal (actor, fitness trainer and a motivational speaker. He rose from his appearance in the popular reality show MTV Love School Season 3. He has also won many bodybuilding and power-lifting competitions), Divya Agarwal (actress, model and dancer, she is the winner of the reality TV show MTV Ace of Space season one, she was also the runner up in MTV Splitsvilla season 10), Neha Bhasin (singer and songwriter), Zeeshan Khan (actor). Raqesh Bapat (also known as Rakesh Vashisht, is an actor and a model), Ridhima Pandit (actress, she is well known for her role in Bahu humari Rajinikanth, she also participated in Khatron Ke Khiladi season 9 and became 2nd runner up), Millind Gaba (singer, songwriter and producer), Urfi Javed (she is an Indian actress known for her role in Bade Bhaiyya Ki Dulhania), Karan Nath (actor), Nishant Bhat (famous Bollywood choreographer and he also appeared in the dance show Super Dancer 3), Akshara Singh (she is an Indian actress but presently working in Bhojpuri films).