Bhuj: The Pride of India, A Pride even Ajay Devgn would want to forget. 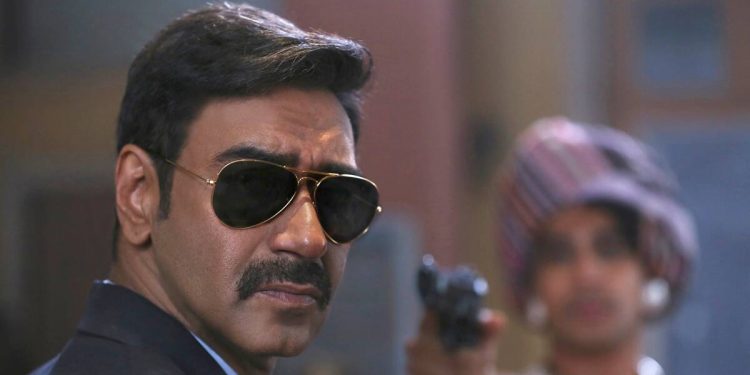 Is Bhuj really the pride of India, the movie is grace or a disgrace to Indian soldiers who fought for India in the Indo-Pak war.

As an Indian when we watch any patriotic movie, that Desh bhakti feeling arises within us and sometimes there are tears in our eyes, we try to connect ourselves to the characters of the movie, we feel the sorrow and heartbreaks. Indian soldiers have fought a lot of wars and every time they gave their best to protect the country. The same happened in the Indo-Pak war in 1971, where Pakistani soldiers blast the airstrips and damaged them but Indian soldiers along with 300 villagers rebuild the airstrip within 72 hours.

According to the audience, the movie is not a pride to India and is clearly a disgrace to all the soldiers who fought in the war of 1971. There is nothing in the movie except confusion from the start till the end. The writer and the filmmakers thought of making a movie but they completely forgot that there should be a connection between the audience and the movie. There is no patriotic feel in the movie, nothing looks real. As the lead, Ajay Devgn’s part is also not so good. As a patriotic movie, there should be a reality but in Bhuj, we cannot find any reality.

The movie is like a drama played by school kids, where they don’t know what they are doing or what is happening. To be honest, people usually enjoy those school dramas but the movie, not so much. The movie is a stain on the patriotic genre, on the memory of Bhuj events also Ajay Devgn’s career.

Good narration is one of the main things in a movie, either it makes the movie or it breaks it. In this case, it was unable to make a connection with the audience. The audience even compared the movie with Salman Khan’s movie ‘Radhey’.

The audience had hope that it is a patriotic movie so it will be realistic and there will be a lot of real scenes but all they got is poor quality VFX effects. It felt like a video game and the audience is really pissed as they expect a lot from Ajay Devgn’s movie. There are teenage Youtubers who can use a lot better VFX effects than the movie has to offer.

A waste of time

According to the audience, the movie is a complete waste of time as it didn’t fulfil their expectations. The direction and the execution of the movie proved to be a disaster.

Not a perfect tribute

The movie is not a good tribute to the Indian soldiers. With bad dialogues, worse acting and unrealistic scenes, ‘Bhuj: The Pride of India’ resulted in a film that every Indian would want to forget. Even with the cast that includes veteran actors like Ajay Devgn and Sanjay Dutt, the film failed to create any good impressions.

It takes a lot of effort to make a film and so would be the case with ‘Bhuj: The Pride of India’. However, the movie creates an impression that it is made with no effort at all. It lacks research and realism. The makers have shot half of the movie in front of the Chroma screen.

In the end, it can be said that ‘Bhuj: The Pride of India’ is not the pride everyone was hoping for. Even the cast and crew would want to erase the movie from their resume.