Akshay Kumar’s ‘Bell Bottom’ is released in theatres on 19th August 2021, making it the first movie to release in cinemas after the deathly wave of covid-19 pandemic. 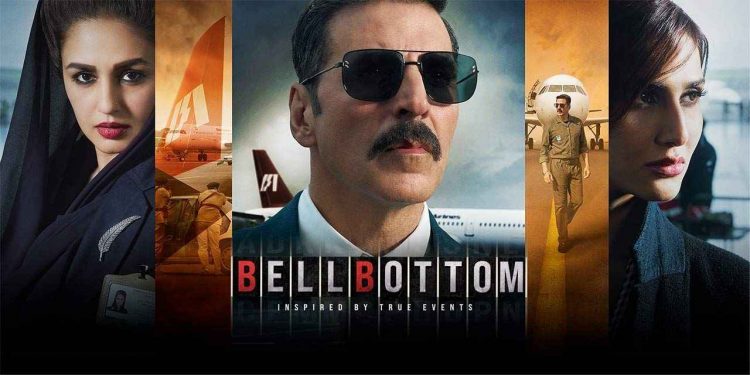 Akshay Kumar is indeed an evergreen star who can work with any genre and entertain his audience. People love seeing him on big screens and waits for his movies with excitement. Once again, he is back with his movie ‘Bell Bottom’ which was released in theatres on Thursday.

Ranjit Tiwari’s ‘Bell Bottom’ is inspired by a true event of an airplane hijacking that took place in 1984. A RAW agent Anshul Malhotra played by Akshay Kumar rescue the 210 hostages and saves the day. We can also see other actors in supporting roles like Vaani Kapoor, Lara Dutta, Huma Qureshi. ‘Bell Bottom’ is the first movie that completed its schedule during the pandemic in 2020.

On the first day of its release, ‘Bell Bottom’ earned around Rs 3.1 cr. Around 12000 tickets were sold in cinemas. People seemed to love the movie and declared it a Blockbuster already.

‘Bell Bottom’ got praise from the critics as well. Indian film critic and trade analyst Taran Adarsh praised the movie for its great performance and called the movie an entertainer for the big screen. He also praised Ranjit Tiwari’s work as the director of the film. He wrote that the first half of the movie was a build-up for the exciting and engaging second half. He further added, “Lara Dutta who made headlines for her transformation as former Prime Minister Indira Gandhi, Adil Hussain and Zain Khan Durrani stood out among the cast.”

Check Out : Bhuj: The Pride of India, A Pride even Ajay Devgn would want to forget.

Viewers are using words like Blockbuster and perfect big-screen watch for the film. The audience is praising the action sequences and visuals of the movie.

Our take on ‘Bell Bottom’

The first half of the movie is spent in the introduction of Anshul Malhotra played by Akshay Kumar who is an intelligent man. The story revolves around his character, his bonding with his wife and mother, and how he chose to become a RAW agent. As Taran Adarsh said, the first half is just a build-up of the second one.

The direction of the movie is amazing and Ranjit Tiwari deserved to be praised for his work. One of the best things is that story doesn’t lose focus on the mission and the sense of urgency. The filmmakers have also focused on separating the lead’s personal and professional life.

As for the acting part, Akshay Kumar had always enjoyed these kinds of roles and given his best. As for other actors, they all have done a good job and gave us a good movie to watch.