Australia Denies the Usage of AstraZeneca for Vaccine Purposes 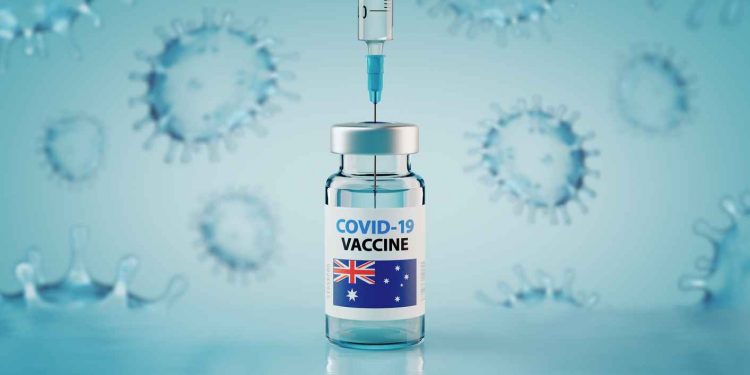 Following a series of blood clots among patients who have gotten AstraZeneca’s (AZN.L) COVID-19 vaccination, Australia’s Minister for Health Greg Hunt warned on Thursday that only those over 60 should have it.

According to the government, Australia has given out 3.3 million doses of the AstraZeneca vaccine, which has been connected to 60 incidents of blood clots. Two individuals have died thus far, according to Hunt, prompting the policy change.

According to Health Minister Greg Hunt, the Australian Technical Advisory Group on Immunisation (ATAGI) has recommended that the AstraZeneca COVID-19 vaccine be given to those aged 60 and above, rather than those aged 50 and up as previously recommended.

According to the Xinhua news agency, adults aged 59 and under would now be provided Pfizer’s vaccination based on the amended recommendation.

“The experts at ATAGI have amended their recommendation today to suggest that adults aged 59 and under receive the Pfizer vaccination,” Hunt said in a statement.

“The ATAGI suggestion certainly suggests that the AstraZeneca vaccine is effective for preventing severe COVID disease,” he said, adding that “the updated advice received today is based on new evidence demonstrating a higher risk for the very rare TTS (thrombocytopenia syndrome) condition in the 50-59-year-old age group.”

On Wednesday, a man in his 60s was diagnosed with the virus while working as a driver for international flight crews, the state’s first case in far more than a month, and his wife has since tested positive. Officials stated the man tested positive for the Delta virus strain.

The Delta variation, which has been identified as one of the four COVID-19 variants of concern by the World Health Organization (WHO) due to indications that it spreads more easily, is most likely to blame for the most recent catastrophic epidemic in India.

As per the minister, AstraZeneca is still recommended for those aged 60 and older, owing to the considerably higher risk of COVID sickness and mortality in this age group, as well as the decreased risk of this ailment.

Regarding the adjustment, Hunt stated that the vaccination program is on schedule and that everyone who wishes to get vaccinated would receive their first shot by the end of 2021. After 12 new cases of “this unusual, but sometimes extremely severe clotting disease” was discovered in the previous week, the ATAGI made its judgment.

According to Chief Medical Officer Paul Kelly, patients who got their first AstraZeneca dose without experiencing any side effects should receive their second dose.

“Anyone who took their first AstraZeneca dosage without incident should feel quite secure about taking their second dose,” he added.

Virus hotspots have been identified at almost a dozen locations in Sydney, including a cinema in a retail mall in the famous tourist destination of Bondi and a grocery. Past epidemics in Australia have been effectively contained thanks to emergency lockdowns, rapid contact tracking, and strict social distance laws. Since the pandemic began, it has recorded slightly under 30,300 illnesses and 910 fatalities.