Shahrukh’s son Aryan Khan has been arrested among 8 others after the NCB raid in a rave party. 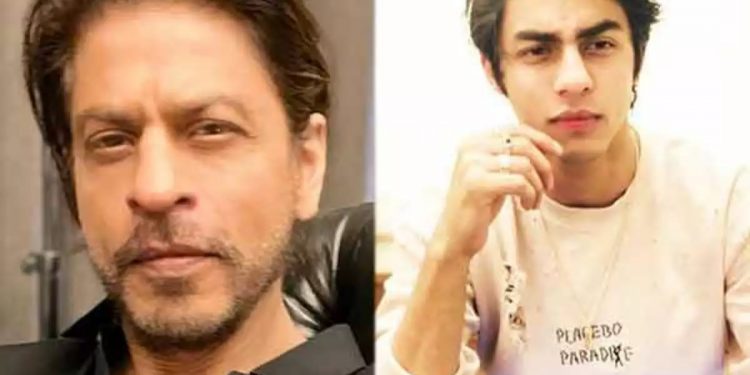 On Sunday, ShahRukh khan son Aryan Khan has been arrested, among 8 others, after NCB raided a rave party on a cruise ship. The ship was to depart from the International Cruise Terminal at Ballard Pier in South Mumbai at 4 pm.

The NCB took all three of them for medical examination at Sir J.J. Hospital. They were bought back to the NCB office afterwards. The three of them are arrested under Section 8C, 20B, 27, read with 35 of the NDPS Act, which is related to charges of possession, consumption, and sale of illegal substances identified under the law. NCB officials reported that they recovered 13g of cocaine, 5g of MD, 21g of charas, and 22 pills of MDMA and Rs. 1.33 lakh in cash.

The Directorate of Revenue Intelligence (DRI) seized 2,988.21 kg heroin worth ₹21,000 crores in the global market last month. The drug was seized from two containers at the Adani-operated Mundra port in Gujarat’s Kutch district.

On October 3 evening, Aryan Khan, Arbaaz Merchant, and Munmun Dhamecha were taken to the court. The court remanded them in NCB custody till October 4. NCB sources told The Indian Express that the raid operations have been held in various parts of Mumbai. The sources also reported that to get the concealed narcotics onboard, some accused hid it in specially sewn pockets in their clothes. The report also said, “One more suspect has been intercepted”.

When NCB was asked if any Bollywood personalities were suspects or not. The NCB DG S N Pradhan said, “The investigation is still going on, and they are looking for evidence from all angles in the case. They will provide details once they get evidence.”

Satish Maneshinde, Khan’s lawyer, submitted that he wanted to press for bail. He said that he would file for bail Monday. Lawyer Sartaj Shaikh is representing Arbaaz Merchant and Munmun Dhamecha. He said, “NCB has not clarified yet who made the alleged recovery of drugs.”

Jurgen Bailom, CEO of Cordelia Cruises said, “The cruise was chartered by a Delhi-based event company for a private event. Directly or indirectly, they are not connected to this incident.” The event company, Namascray Experiences Pvt Ltd, also did not respond to queries. According to the ship’s owner, there were over 1,800 people on board. The entry ticket for the event was over Rs 60,000 to Rs 5.5 lakh per person.

NCB officials said, “The officers posing as passengers when the ship was about to leave and raided the cruise based on a tip-off from an accused arrested in another case. They found some accused using drugs. They seized all the luggage on the ship and asked the ship captain to keep the vessel anchored.

Apart from this, the raids have also been conducted in the Belapur area of Navi Mumbai for information on suppliers.