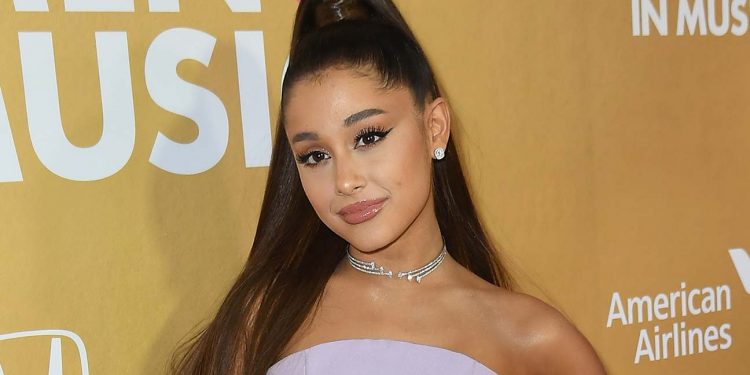 Ariana Grande surprised her fans on May 18th with the news of her marriage to her fiance Dalton Gomez. Fans were left both speechless and awed with the beautiful aura the newly-wed couple had been ruminating. With a whopping 227 million followers on Instagram, the talented singer got a lot of good wishes for a long and happy married life.

According to a statement released in an interview with People magazine, it is said that the marriage ceremony was held at the couple’s home in California with only 20 guests attending the ceremony.

“They got married,” Grande’s rep confirms to PEOPLE exclusively. “It was tiny and intimate — less than 20 people. The room was so happy and full of love. The couple and both families couldn’t be happier.”

The potential reason behind the couple choosing their home in Montecito as the wedding venue is possible because they had spent a lot of time together in that place and felt a deep connection with the beautiful and historic house.

Ariana Grande, 27, announced her engagement to the real estate agent, Dalton Gomez, 25, in December when she posted a picture of her ring along with a caption that read, ‘Forever n then some’.  The two were revealed to have started dating from January 2020 and amidst the pandemic lockdown, they spent time social distancing, with Ariana living in her house in LA.

Grande posted a thread of personal photos with Gomez in early April. “!!! my heart my person !!! thank u so much for being u,” she captioned the romantic snaps. The sweet tribute came about a month after the couple was spotted on a rare date night in Los Angeles. The pop star and Gomez were often seen to be keeping their relationship out of the spotlight.

Tracking the journey of the couple dates back to the times when Ariana was looking for a place of residence and stumbled upon Dalton, who was assigned the task to help Ariana out in her quest for finding a home. Ariana, in an interview, said that when she first saw Dalton, she thought that he was cute and adorable.

They first made their relationship official when they appeared in the music video for Grande’s song with the famous Justin Beiber “Stuck with U” in May, followed by a series of photos in June on Instagram.

An insider from Ariana’s marriage ceremony reported that the couple was very happy with this decision and so were their parents.

“Ari’s family is very happy. Everyone loves Dalton. He is great for Ari,” the insider said at the time. “This phase of her life has been very quiet and uneventful in a good way. They are very happy that she is marrying Dalton.”

Not just their parents, but even Ariana’s fans are loving the couple as they are dropping couple goals for many out here. The excitement among fans can easily be seen in their reactions to the singer’s post.