Apple may launch iPhone 13 next month along with other products.

According to the reports, Apple is going to launch its bunch of new products in an event which could be held in September. 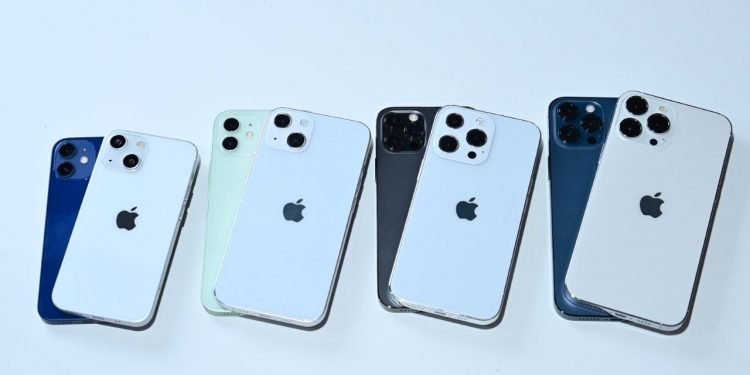 Apple is all set to launch its new products like iPhone 13, Apple Watch Series 7, Air pods series, iPad Mini, MacBook Pro and other products. It is a long list that Apple will confirm in its fall event in September.

Based on the leaked information Apple is going to launch 4 new models under its new iPhone 13 series. A mini model featuring a 5.4-inch screen, a regular model featuring a 6.1-inch screen, and then there are the Pro models sporting 6.1-inch and 6.7-inch screen sizes. Since the launch of the iPhone X in 2017, Apple has tweaked the notch. For the first time, iPhone 13 is likely to have a small notch this is the major design change.

New iPhones will also include some new features like a new AI-driven filter system, higher-quality video recording, and Cinematic Video which is like the video version of Portrait mode.

Apple is expected to introduce its all-new A15 Bionic chipset, which will feature the same core counts as the A14 Bionic. The iPhone 13 series will get a promotion display rate alongside the Always-On display mode.

According to some leaked news, the iPhone 13 series may be priced the same as the iPhone 12 series. This means there won’t be a price hike on the new iPhone models and this news can surprise all the Apple fans and bring a smile on their faces.

Other than the new iPhone Apple is also launching the Apple Watch Series 7. Leaks have hinted that the new Apple Watch will likely have minor design upgrades, including a flat display and updated screen technology and a fast processor.

In his Power On newsletter, Bloomberg’s Mark Gurman claimed that Apple could bring a variation of Fitness+, like Time to Run and Audio Meditations.

Apple is also going to introduce the next-gen Air Pods and the latest upgrade will be a major one in the last two years. Gurman claims that the entry-level Air Pods will also have a new design.

The two products that will also be a part of the event are the new iPod mini and the MacBook Pro M1X. According to some reports, Apple may announce the new iPad models and M1X Mac model.

The rumours are that the iPad mini 6 is expected to see a major design overhaul, including slim bezels and more visual changes. The new iPad mini will likely pack an A15 chip and come with a connector. Gurman also gave a hint that Apple may announce a ninth-gen iPad targeted at students and the education sector alongside mini.

About the new M1X Mac model, it is said to come in 14-inch and 16-inch screen sizes. The model will feature Apple’s M1X chip which is an incremental upgrade to the M1 chip. The MacBook Pro includes some new design changes like the removal of the touch bar just above the keyboard.

We will be informed further about the products as we reach the launch date.