by Deepak Raula
in Science, Technology
29 1
0 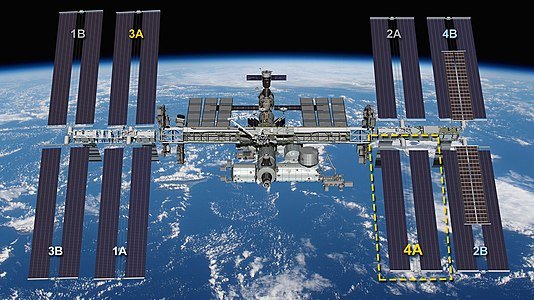 The International Space Station has had a constant human presence in space for the past 20 years (ISS). It all started on November 2, 2000, when the Expedition-1 crew connected their Soyuz spacecraft with the ISS, went through the door, and turned on the lights.

The ISS has never been emptied since its arrival, thanks to a consistent personnel turnover. There are children today who have only experienced a time when the human species lived both on and off the planet.

Russia launched the first component of the International Space Station into orbit in 1998. It was named Zarya, and it would be linked to a U.S. module called Unity two weeks later. This name was meaningful since it will eventually symbolize a massive cooperative endeavor involving several nations. The ISS would cost a total of $100 billion to build and would provide a location for astronauts from various nations to come to gather, live in space, and cooperate on scientific research.

Expedition 1 was the first crew to visit the ISS in 2000. It was made up of one American and two Russians. The crew was on board for around three months before returning home. Crews were responsible for building the space station in the early years because it had been launched in several components. Since 2000, the ISS has been manned by crews of two to three astronauts. By 2009, it had developed and evolved to the point where it could hold a total of six crew members.

What Do Astronauts Do On International Space Station?

The International Space Station is more than simply a magnificent space home; it is also a unique research laboratory, allowing for experiments that would not be feasible on Earth.

These vary from investigating how the human body and plants adapt to living in space to determining how materials function in microgravity.

Neither is all science targeted toward future spaceflight. Growing protein crystals to examine the origins of Parkinson’s illness and cancer is one recent project while employing new sensor technologies to monitor astronauts’ core temperatures in space can assist in identifying early indications of heat fatigue in jobs like firefighting. A typical day for astronauts includes not just exciting research experiments or even spacewalks, but they are also ISS caretakers, prepared to repair and install parts that contribute to the space station’s lifetime.

These astronauts are their own minor-injury doctors, cleaner, videographers, and even stylists, and they must exercise for at least two-three hours every day to keep their bones and muscles in good shape.

The International Space Station has served as our symbolic North Star, reminding us that the future of space exploration is here. That destiny of the ISS is now at a crossroads.

NASA has been striving to develop a low-Earth orbit economy, with the International Space Station serving as a commercial hub.

However, there are now broader plans for privatizing ISS operations rather than merely offering an innovation lab for huge corporations. The ISS can operate until at least 2028, so there is still plenty of time and opportunity.

While our attention is focused on the Moon and Mars, it’s important to realize that without the ISS, we couldn’t even consider exploring deeper into the Solar System. It will serve as the foundation for what comes next.