Amidst The Afghanistan –Taliban Crisis, Biden Defend The Withdrawal Of U.S Force 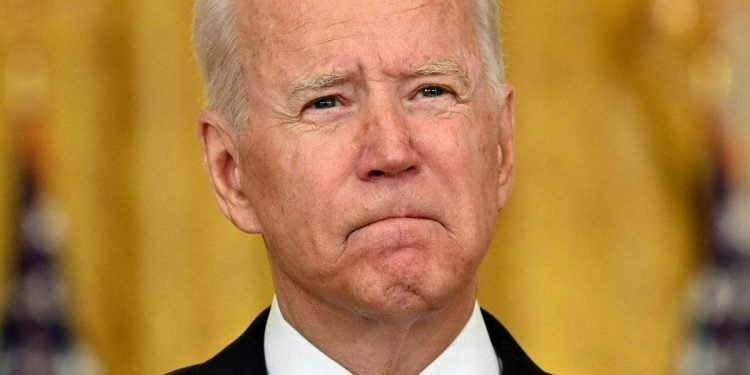 The situation in Afghanistan is terrible; people are trying to flee from the cities, women are forcefully married by the Taliban, and no women can go out without the Burkha. The turmoil is taking a new turn every day, and amidst all these, U.S President Joe Biden defends the army’s withdrawal from Afghanistan.

Thousands of people living there are desperate to move to Afghanistan, as you can see in the latest picture on 16th August at the Kabul airport. After the Taliban seized the place, forcing the United States to stop evacuations, during this time, the U. S President Joe Biden refused the withdrawal of U.S forces in Afghanistan.

Chaotic scenes are quite common now in Afghanistan, and there you can see several thousands of people are clinging to the U.S military plane to move away from Afghanistan. It is also seen that one person fell down during the takeoff of the flight. In this situation, it is reported that there are more than five deaths still now.

One of the Pentagon spokespeople also said that one of the members of the U.S military was wounded. The U.S authorities said that the evacuation flights resumed on Monday evening even after several hours of delay when the German plane was diverted towards the Uzbek Capital, Tashkent, and another flight was forced to circle over Kabul.

The rapid conquest of the Taliban in Kabul is due to Biden’s decision to withdraw the U.S forces after 20 long years after the war, which is the longest till date, and he described that it cost more than $1 trillion overall till so many years.

On television, Biden addressed on Monday defended his decision. He said that he had been insisting on deciding between asking the U.S forces to fight endlessly in what is known as Afghanistan’s civil war or as followed as the agreement departed which Republican former President Donald Trump was negotiating.

Biden said that “I stand squarely behind my decision,” and also declared that “After 20 years, I’ve learned the hard way that there was never a good time to withdraw U.S. forces. That’s why we’re still there.” He has blamed the Taliban takeover on the Afghan political leaders who fled to the country and the Afghan army’s unwillingness to fight against it.

Check Out : India Announces The New E-Visa For Easy Track Request From Afghanistan

However, in all situations, the Democrat has faced lots of barrage of criticism from even his fellow diplomats over the handling of the U.S exist, pulling out the troops and then sending it back to thousands for helping the evacuation. Senate Republican leader also told that “Afghanistan is lost … every terrorist around the world is cheering,”

Afghan President Ashraf Ghani, who controlled the country, fled on Sunday as the Islamist militants entered Kabul virtually unopposed, saying that he wanted to avoid the bloodshed. His whereabouts were not known till Monday, and the State Department declined to say whether he is considered as the President or not. Hundreds of Afghan soldiers are seen to flee to Uzbekistan with 22 military planes and 24 helicopters.