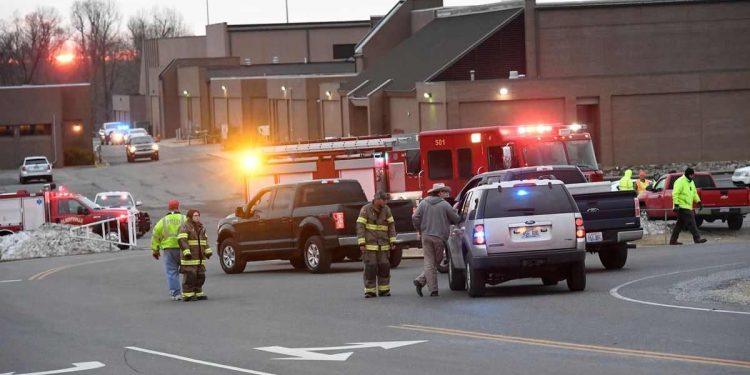 The police have taken into custody a 15-year-old assailant student, who studied in the same school. The police have also seized a handgun from him.
In a statement, the Oakland County Sheriff’s Office said that six others, including a teacher, were injured in an afternoon attack at Oxford High School. The cause of the, attack in Oxford, a small town about 40 miles (65 kilometres) north of Detroit, was unclear.

Oakland County Undersheriff Michael G. According to McCabe, the three students killed were a 16-year-old boy, a 14-year-old girl, and a 17-year-old girl. McCabe said eight other people were shot, including a teacher. The condition of six of these people is stable.

The officials also recovered several empty cartridges from the school. According to the officials, the 15-year-old openly fired 15-20 rounds of bullets. The suspect was not wearing body armour. According to the police department, the attacker was alone in this incident. The investigation is still going on for the attack.

Check Out : India has more women than men for the first time, finds a government survey

According to John Lyman, Public Information Officer for the Rochester Hills Fire Department, about 25 agencies and 60 ambulances immediately began rescue operations. Police officer McCabe said immediately it was not known whether the three students who got killed were targeted or not. “We have done three sweeps of the high school to make sure there are no other victims we are still investigating,” he said.