‘All American’ Season 4 details: Air date, Netflix release and cast for the season 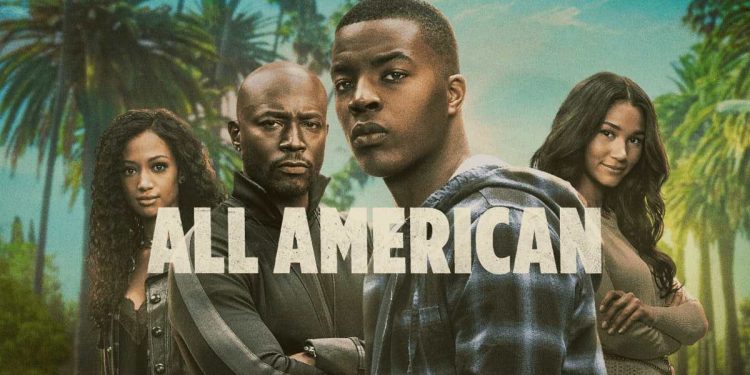 ‘All American’ is a US sports series inspired by the life of American football player, Spencer Paysinger, a former American line-backer. Created by ‘April Blair’, the series airs on CW Network and also on Netflix.

All American is a family drama series inspired by the life of Spencer Paysinger, a high school football player and about the two families with he stays after the transfer from Crenshaw to Beverly High. He sometimes stays with his mother who lives in South Central LA and sometimes with his brother in the Bakers of Beverly Hills. As the story moves forward. both the families and Spencer discover the vast difference in their worlds that hides the deepest connection and the complicated, imperfect humanity that unites them.

After the successful season 3, the CW series was renewed for its fourth season in February 2021. The show landed on Netflix in 2020 (in the covid-19 era) and the show was an instant hit on Netflix as well.
Season 1 of the series was aired on October 10, 2018, after getting a positive reception, the CW decided to renew the show and the 2nd season was aired on October 7, 2019. Due to the covid-19, there was some delay in the production of season 3 and it was aired on January 18, 2021. Season 3 started streaming on Netflix on July 27, just after 8 days of the finale aired on the CW network.
The CW series ‘All American’ season 4 will air on October 25, 2021, at 8 PM on CW Network. After the show finishes premiering on CW, and if there will be the same number of episodes as season 3, season 4 will be released on Netflix by 2022.

The Cast of ‘All American’ Season 4

For now, the cast of ‘All American’ season 4 is not confirmed, but hopefully, the series main leads and regular cast will return. Daniel Ezra is presumed to be returned as ‘Spencer Paysinger’. There are many questions arising, fans are eager to know, whether there will be new faces or the cast is the same for season 4.
Apart from Daniel, hopefully, we will see Bre-Z, Greta Onieogou, Samantha Logan, Michael Evans Behling, Cody Christian, Karimah Westbrook, Monet Mazur, Taya Diggs, Jalyn Hall and Chelsea Tavares returning as the regulars of the show.
Thankfully the fans don’t have to wait for long as the show is coming very soon.

Check Out : Netflix Announces the Premiere Date for Season 2 of “The Witcher”

There are many unanswered questions fans have, like which team won the championship? Coop was shot, is he still alive? What will Coach do, is he going to forgive Spencer and Jordan? And many other questions fans have in their minds that will be answered in season 4. In this season, all the characters will probably complete their senior year of high school and will prepare for college and continue with their lives.

Check Out : The Tomorrow War movie review: The biggest villain in this Chris Pratt movie is its nonsensical script