by Viveka Massey
in Health, Lifestyle
30 1
0 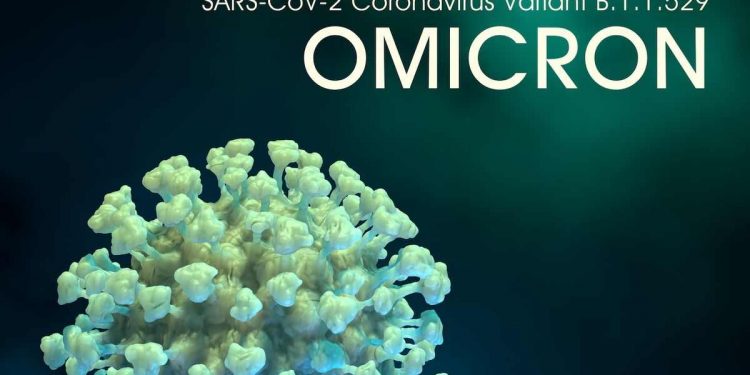 South African epidemiologists say Omicron was first detected in Botswana and then in South Africa, where the new variant, was announced on 25 November.

Omicron is a variant of the COVID-19 infection first sequenced in South Africa, whose cases have now been found in more than 20 countries and on all continents. It was named only a week ago, and scientists say it will take time to understand its impact on the pandemic. Today we are giving you information related to this new variant of Corona. Let’s know about it.

Where does Omicron come from?

We don’t know this. But South African epidemiologist Salim Abdul Karim says it was first detected in Botswana and then in South Africa, where the new variant, was announced on 25 November. On Tuesday, Dutch officials announced that the Omicron variant was confirmed in a person on 19 November, six days before that.

However, the World Health Organization (WHO) said that the first case was confirmed from a sample collected on, 9 November 2021. However, it did not specify where the case was found. Jean-François Delfrecy, the chairman of the French government’s scientific advisory board, told AFP that, it has probably been spreading in South Africa longer than the beginning of October, which we had not thought of before.

Why is this a matter of concern?

The day after South Africa’s announcement, the WHO named the new variant in a Greek word like the previous variants and classified it as “a matter of concern”, based on the genetic characteristics of Omicron and also that it was found in humans. How does it spread? Omicron’s unique genetic structure translates to several changes in the spike protein, which could make it more infectious and harder to control through current vaccines. But these possibilities are theoretical so far.

Meanwhile, in South Africa’s Gauteng province, which includes Johannesburg, Omicron cases are increasingly being found. Researchers around the world are looking into how contagious Omicron is. What is the severity of the disease it causes, and is it more resistant to vaccines? WHO has said that this process will take several weeks.

Will it replace Delta?

The delta variant is currently the form of covid, which is the most widespread worldwide. Omicron, the naturally competitive variant that evolved after Delta (mu and lambda), has not yet spread rapidly among people. But Omicron, which is spreading in Gauteng, South Africa, is fearing that it may soon spread to a large population.

On Thursday, the European Center for Disease Control (ECDC) said that the way Omicron has spread in South Africa, if it happens in Europe, then in a few months, this variant can cause a large number of cases. However, the Delta variant has never been, reported in South Africa, so it is difficult to compare it with Europe at this stage.

Writing in the British daily ‘The Guardian’, American expert Eric Topol said that it is not clear whether the spread of Omicron was due to high transmission or immune evasion like the delt. Immune evasion occurs when a virus can infect a person who has already acquired immunity, either from a previous infection or by vaccination.

Is it more dangerous?

On Sunday, a South African doctor said he had treated about 30 cases of Omicron, and these patients had only “mild symptoms”. At the same time, the scientific community has warned against drawing conclusions based on this as the patients were young, and hence the risk of severe covid was low on them. According to the EDCD, all cases detected in Europe so far are either asymptomatic or with mild symptoms.

French virologist Bruno Canard tweeted wrote, ‘If Omicron is very contagious, but does not cause severe covid (and does not lead to hospitalization), then it can confer group immunity, and SARS-CoV-2 is a benign seasonal virus. Can contribute to making, which will help in ending the crisis.

What about the vaccine?

Again, it is too early to say whether vaccines from Omicron will be less effective against transmission of serious disease than other variants. Anouf said that, we have to see whether the antibodies produced by the current vaccines still work and to what extent. Do they still prevent serious diseases? Scientists are trying to answer this question through laboratory tests while waiting for real-world data. But even though vaccines against Omicron are less effective, it does not mean that they will be completely ineffective.