After Akshay Kumar, actor Ajay Devgn will be seen as a guest of the Discovery channel show Into the Wild with Bear Grylls.

by Viveka Massey
in Entertainment
29 2
0 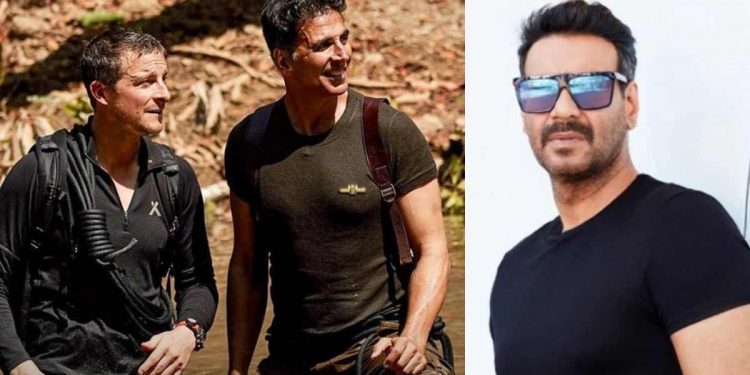 The show has featured former US president Barack Obama, Hollywood actors Ben Stiller, Michelle Rodriguez, and Channing Tatum. Not only Hollywood stars, but the show also featured Bollywood stars like Akshay Kumar and Tamil superstar Rajinikanth. The latest personality that will be seen on the show will be Ajay Devgn. He always tries to experiment with new things, and now he will be featuring in Into The Wild With Bear Grylls. Apart from actors, Indian Prime Minister Narendra Modi also featured in Man vs Wild with Bear Grylls. The episode was shot in Jim Corbett National Park of Uttarakhand.

Recently Ajay Devgn’s film Bhuj: The Pride of India was released. Ajay is currently working on his upcoming movies like Maidaan and Mayday in his kitty, Gangubai Kathiawadi, RRR, and Disney plus Hotstar series Rudra – The Edge of Darkness. Now, he will be featuring on an episode of ‘Into The Wild With Bear Grylls’ in the Maldives.

Discovery+ India announced the news by a tweet on their Twitter handle, “Gear up for the epic adventure of Into The Wild with Bear Grylls and 2 megastars! The ultimate survival show that hosted PM @narendramodi, @rajinikanth, and @akshaykumar is back for a new season. Coming soon on discovery+.”

Check Out : Bhuj: The Pride of India, A Pride even Ajay Devgn would want to forget.

The show will be premiered first on the Discovery+ app. The release date has not been confirmed yet. Ajay Devgn will fly for the Maldives to shoot the upcoming episode today.