Afghanistan: Taliban invited 6 nations to the formation event of the new Afghanistan Government.

Taliban is to form a new government in Afghanistan. Sent invitation to 6 nations to attend the government formation event. 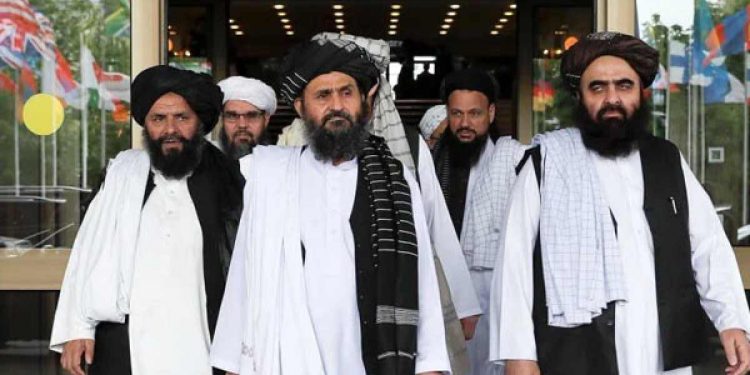 For the past few months, the Taliban is trying hard to make new allies. While most of the nations are just waiting, some showed interest in their administration. Some of those nations are old and well-known allies of the Taliban, while some are just the latest addition. As per the reports, the Taliban is conducting a government formation event soon and have already sent invitations to its international partners. The international partners of the Taliban are Pakistan, Russia, China, Turkey, Iran, and Qatar.

For the past 20 years, Pakistan has been a supporter of the Taliban. Taliban call Pakistan their second home. In an interview with India Today TV, the spokesperson of the Taliban-Suhail Shaheen said that many Taliban’s have their families in Islamabad. Their children are also studying across the border.

In a TV show, Pakistani Minister Sheikh Rashid said the Taliban owe allegiance to Islamabad and Rawalpindi. Pakistan government has always been the custodian of the Taliban leaders. Further, he added We have taken care of them, gave them shelter and education and a home in Pakistan, and we have done everything for them. Pakistan would be the first country to acknowledge the new Taliban government.

Afghanistan is a key in expanding China’s Belt and Road Initiative (BRI), and the Chinese government sees an opportunity. Security and stability is a concern because the US and other countries will watch China’s engagement in Afghanistan.

Check Out : US Drone Attack Targets the IS in Afghanistan As A Retaliation for The Kabul Airport Attack

The 2018 meeting in Moscow was co-chaired by both Russia and Afghanistan and was second in this format. The main objective of the meeting is to secure peace in Afghanistan as soon as possible.

Iran has pledged to work with the Taliban administration and welcomed the departure of US forces. New Iranian President Ebrahim Raisi said, “America’s military defeat must become an opportunity to restore life, security, and durable peace in Afghanistan.”

Turkey was involved in the NATO operations of 2001. It sees an opportunity in a vacuum created by the United States and NATO.

Despite criticising the Taliban earlier, Turkish President Recep Tayyip Erdogan has stated that he is open to cooperate with the Taliban authority. Turkey is providing logistical support to resuming operations at the Kabul airport. Turkey is engaged with the Taliban through the years. The two sides want to ensure that they benefit from each other. Taliban is allowing Turkish goods to flood the Afghan market and gain from that.

Qatar has always maintained cordial relationships with the militant group. The US decided to approach Qatar and make it the home for peace negotiations after Saudi Arabia and Turkey supported Taliban authorities.

When President Barack Obama’s administration sought to end the war in 2011, Qatar provided the Taliban with a base in Doha. After Kabul fell on August 15, Qatar turned into a central transit hub for evacuations that were taking place from Afghanistan.

The Taliban opened its permanent political office in Qatar in 2013. Today, Qatar is providing technical support at the Hamid Karzai International Airport.

On Monday, the Taliban spokesperson Zabiullah Mujahid said that they will not allow any country, including Pakistan, to interfere in their internal affairs. The international community is watching Islamabad and Rawalpindi’s involvement in the country, after Pakistan provided support in bringing down the Panjshir resistance.

Since the Taliban captured the country, China and Pakistan have maintained their diplomatic missions in Kabul. All other countries have shut down missions temporarily. The nations have adopted a wait and watch policy.