Cricketer Shikhar Dhawan and Ayesha Mukerji decide to go their separate ways. Ayesha shared her struggles of being a two-time divorcee in an Instagram post.

by Viveka Massey
in Entertainment
30 2
0 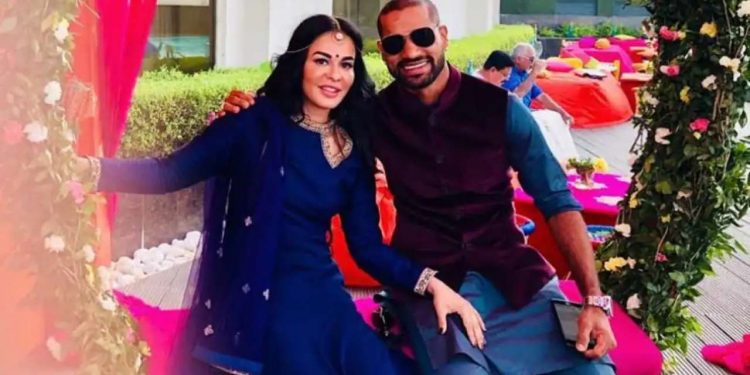 Divorce has always been seen as a taboo in India. Society always points a finger at women if they choose to separate from their spouses. Society always tries to prove them wrong by bringing Indian Values in the middle of every topic related to divorce. The same happened with Ayesha Mukerji when she posted about her divorce from Shikhar Dhawan.

One of the most famous couples, Indian cricketer Shikhar Dhawan and his wife Aesha Mukerji, decided to end their marriage. The couple tied the knot in 2012, and after almost 9 years, they both decided to go their separate ways. This is Ayesha’s second marriage, and the couple was blessed with a kid named Zorawar in 2014.

Ayesha shared an Instagram post, and through that, she shared some details about her divorce. She wrote, “I Thought divorce was a dirty word until I became a 2-time divorcee.” Further, Ayesha elaborated and wrote about how scary it was for her for the first time going through a divorce, and it felt like a failure. “I felt as if I had let everyone down and even felt selfish. I felt that I was letting my parents down, I felt that I was letting my children down, and even to some extent, I felt as if I was letting God down. Divorce was such a dirty word.”

Ayesha further wrote that she thought going through the same process of divorce would be terrifying, and it may cast a shadow over her relationships. Ayesha said that it was not difficult, and she felt that all her fear had disappeared after going through all the same emotions once again. She said it felt like I was doing great. Ayesha further wrote, “The remarkable thing is I actually felt much more empowered. I realised my fear, and the meaning I gave to the word divorce was my own doing,”

Ayesha also shares how it feels to choose oneself and not settling for anything. “Divorce means even though you do your best and try your best, things sometimes do not work out, and that’s ok. Divorce means I have had amazing relationships that have taught me great lessons to carry forward in new relationships.”

Ayesha further elaborated her feeling on divorce. She said that it doesn’t mean that your life ends and everything with it goes down if you choose to divorce. She wrote, “divorce really means whatever meaning you give to it and not let it define you.”

Many people hailed Ayesha for her courage and honesty with herself. However, some people will always try to put you down, and the same happened with Ayesha. Many sexist trolls attacked her and questioned her on her divorce. Some even called her a Gold-Digger. They said she only married Dhawan for his money and fame.

Shikhar Dhawan has not shared any kind of information up so far on the proceedings of the divorce.