Accident in Basti, Uttar Pradesh: 5 died and 1 is in critical condition 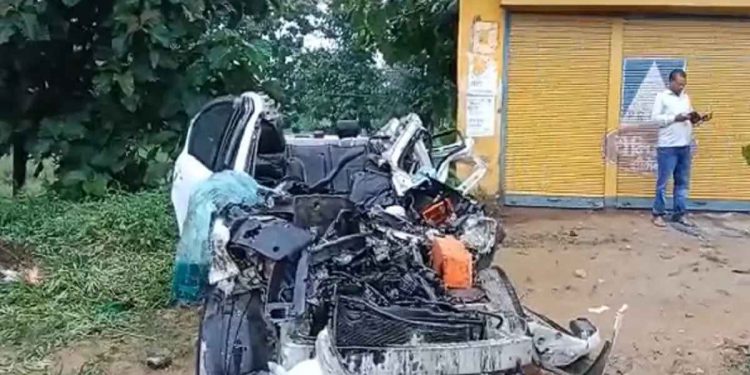 According to the police report, a car collided with a stationary truck, killing five family members and injuring two others on Thursday. The family was coming from Lucknow and the destination was Jharkhand when the accident occurred at Purania crossing on National Highway.
The report suggests that the accident occurred due to the driver losing control over the vehicle and rushed into the rear side of the container truck. The footage from the crash site showed that the car was completely damaged in the accident. Rescuers had to use a crane to pull the car out which was crushed underneath the truck.

Information by the Police

Alok Prasad, circle officer (CO) Kalwari, informed that the car was moving at high speed due to which the driver couldn’t control it and it just rushed into the truck.
The police officials stated that there were seven people in the car from which five died on the spot the two were majorly injured including the driver and a little girl. They were rushed to the hospital. Driver’s condition is critical and the girl is safe.
After the accident, the family members were trapped in the car and the bodies were taken out after cutting the sheets of the car.

Check Out : 18 Labourers, Sleeping On Road, Killed As Truck Hits a Bus In UP

Chief Minister of Uttar Pradesh Yogi Adityanath expressed grief and sympathize over the deaths. he further instructed officials that the injured should get proper treatment and care.