Aaron Carter and Fiancée Melanie Martin Break Up a Week after Son’s Birth, They ‘Will Continue’ to Make Son Their ‘Priority’ After Split

by Viveka Massey
in Entertainment, Music
32 0
0 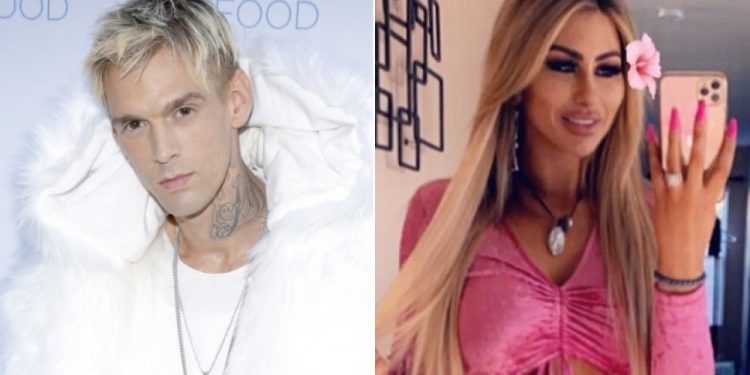 Aaron Carter has broken up with his fiancee Melanie Martin. Recently they both have welcomed their first child together.

On Tuesday, Aaron announced their breakup after nearly two years and one week after the birth of their son Prince.

He wrote, “Due to personal reason[s] Melanie Martin and I have decided to go our separate ways.”

Carter did not share the specifics he, only alluded to a big lie which, took place between Martin and Carter’s twin sister, Angel.

CArter also referred to his other siblings, including Nick Carter member of Backstreet Boys, for “ruining” his life and family.

In his additional tweets, Aaron wrote, I can’t even shed a tear. I am in shock. I was deceived and lied from my family, and I don’t have a family now. I gave my fiancee the world, and I can’t believe she betrayed me. My heart is broken, and it hurts.”

Martin told Carter that she would move to Los Vegas with their son Prince and a friend. Now Carter considers him as a single dad.

He wrote in another tweet, now it is my job to be a single father and support my child because Prince does not deserve any of this.

On November 22, they both shared the good news with the fans, that they have welcomed their son Prince after 13 hours of labour and an emergency C-section.

Carter shared a video on his Instagram with a caption, “Prince is precious, love you son. Your mommy loves you as I drop tears on the phone,” Carter wrote on Instagram, along with a video of him cutting the umbilical cord. “@missmelaniemartin, I am so proud of you, Hunny you did it.”

He added, “I Love you with all my heart, my beautiful blessings from god.

He says his newborn son will remain the priority following his breakup from ex-fiancée Melanie Martin.

Shortly after announcing the spilt Carter, shared a tweet thanking fans for their support.

“Mel and I appreciate the support and concern we have been, shown,” the “I Want Candy” singer wrote. “We both will continue to make Prince our priority during this difficult time … please be respectful while we transition and navigate this unfortunate situation. #HeartBroken.”

Mel and I appreciate the support and concern we have been, shown. We both will continue to make Prince our priority during this, difficult time 💔 please be respectful while we transition and navigate this unfortunate situation.