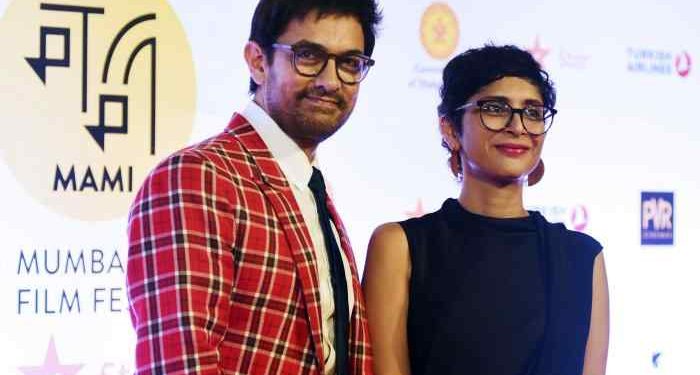 The perfectionist of Bollywood has called it quits for his 15 years long marriage relationship. Although the couple has not yet revealed the potential reason behind the same, netizens are curious to know about what went wrong.

Aamir Khan, the Mr. Perfectionist of Bollywood, announced his divorce from his wife Kiran Rao this afternoon. Azad, the couple’s kid, was born via surrogacy after the couple married 15 years ago. The pair also stated in their statement that they had been living apart for some time and would always be “co-parents and family.” They didn’t go into depth about what went wrong between them.

Aamir was previously married to Reena Dutta before marrying Kiran. Junaid and Ira are the couple’s two children. In 2002, they announced their divorce. Here’s everything you need to know about Aamir Khan’s love life:

Aamir spoke at length about his connection with Kiran during an interview with a Chinese station. He said that he met Kiran in 2001 while she was working as an assistant director on Lagaan. “We didn’t have a relationship, and we weren’t even close. She was one of the unit’s members. After a long period of separation and divorce, I reconnected with her.”

Then he went on to add, “Her phone rang at that critical moment, and I spoke with her for half an hour. ‘My God!’ I exclaimed as I hung up the phone. When I speak with her, I am overjoyed.’ It occurred to me at that moment that I feel ecstatic when I am speaking with her.” After that, in December 2005, Aamir and Kiran married. The couple welcomed their son, Azad Rao Khan, into the world in 2011.

Aamir, his nephew Imran Khan, and his children had traveled to the Gir National Park with the rest of the family to celebrate their 15th wedding anniversary seven months earlier. The pair appeared joyful as they cut a three-tier cake together in several photographs and videos published online.

Aamir allegedly fell in love with Reena and pushed extremely hard to communicate his feelings for her. She first turned off his advances, but she finally accepted them. Aamir had even penned a love note to Reena in blood at one time. Reena warned him not to do anything like that again after that. Aamir and Reena finally fled away and married due to religious issues.

They’d been married for 16 years before they decided to divorce in 2002. Aamir recounted the breakup on Koffee With Karan and described it as terrible. “Reena and I were married for 16 years,” he added. It was painful for us and our families when we broke up. We did our hardest to cope with the problem. Following our breakup, Reena and I maintained our love and respect for each other. Junaid and Ira, Aamir’s children from his previous marriage to Reena, are devoted parents.

Aamir will next be featured in the film Laal Singh Chaddha, starring Kareena Kapoor and Naga Chaitanya.